Blow to PSC as court dismisses application on Sialai case 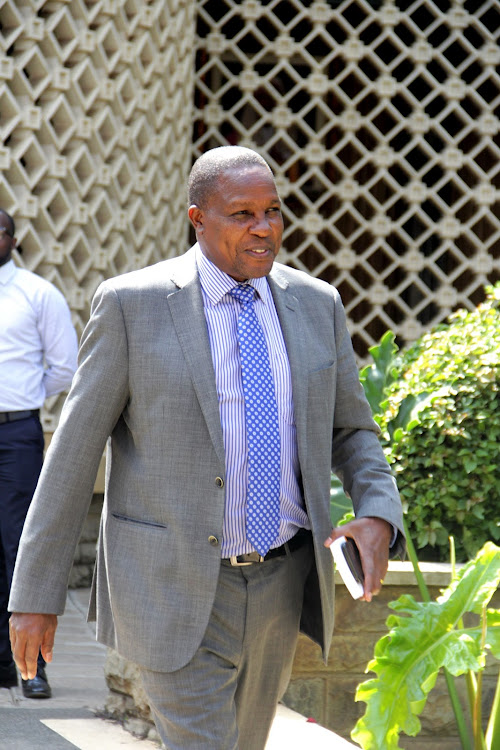 The Employment court has dismissed an application by the Parliamentary Service Commission seeking to strike out a case challenging the reappointment of National Assembly Clerk Michael Sialai.

PSC had asked the court to dismiss the case by activist Okiya Omtatah where he is challenging the reappointment of Sialai on contract without approval of the House after he attained the mandatory age of 60 years.

In her ruling, Justice Monica Mbaru said the court has jurisdiction to hear the matter by filed by Omtatah.

“The court finds that recruitment is a proper element of employment and therefore the court has jurisdiction in view of the subject matter and remedies sort in the petition are declarations,” the judge ruled.

PSC had argued that the Employment and Labour Relations court had no jurisdiction whatsoever to handle the matter.

The court noted that the law requires that nomination of a person for appointment of a clerk for each house of Parliament pursuant to Article 28 of the Constitution, shall be done through an open, transparent and competitive recruitment.

“Whereas the court should not micromanage any entity public or private in its affairs, where a process is challenged as being a clear violation of an applicant’s fundamental rights and freedoms, the jurisdiction of the court is invoked,” Mbaru ruled.

The judge held that Omtatah met the threshold of Article 258 and 22 of the Constitution and cannot be faulted for instituting the proceedings.

The court further said the activist was well within his right to commence the said proceedings against PSC.

The commission had asked the court to strike out the case because Omtatah had illegally obtained information which was ordinarily privileged and he did not have leave of court to use it.

However, the court declined to do so ruling that the said allegations were a matter of fact which can only be dealt with at the full hearing.

“That’s strictly a matter of fact which can only be addressed upon an evaluation of such matter not at this instance because that would deny court a fair chance to examine each party on the allegations,” Mbaru ruled.

PSC had also argued that the National Assembly was not a party to the proceedings and asked that the case be dismissed on that ground.

But, the court ruled that a petitioner must be allowed to decide who is a respondent in his own case so Omtatah can’t be faulted for not including the National Assembly in his petition.

In the case, Omtatah argues that the impugned appointment of Sialai on contract, is unconstitutional and unlawful as it was done without the approval of the House and will take effect a day after he attains the 60 years’ mandatory retirement age in the parliamentary service.

He argues that quashing the appointment will not create any crisis in the office of the Clerk because the PSC can appoint one of the two deputies in acting capacity.

Omtatah says he has been waiting for the PSC to start competitive recruitment for the position by announcing the vacancy but it did not until he got information that they were extending Sialai’s contract.