Why appointing the 34 Judges was the right thing - Gladys Shollei

"The judges who took oath of office have saved Kenya" Shollei.

• According to the former Chief Registrar of the Judiciary, the Court of Appeal has not been hearing any cases, except for stay orders.

• Shollei noted that the President defied the constitution because his job is not to cherry-pick who who becomes a judge and who doesn't. 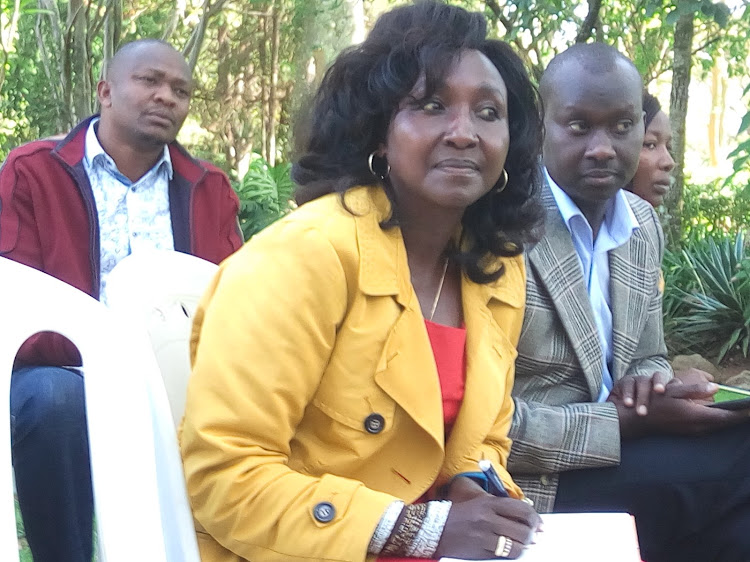 Uasin Gishu Woman Representative, Gladys Boss Shollei has said that President Uhuru Kenyatta's move to appoint the 34 judges was the right thing to do.

Speaking on Monday when she appeared on Citizen TV, Shollei insisted that the judges rightfully took their oath of office and people should stop saying they should not have done it.

According to the former Chief Registrar of the Judiciary, the Court of Appeal has not been hearing any cases, except for stay orders.

"It was the right thing to appoint the 34 judges because there are a lot of cases that have stalled at the Court of Appeal," Shollei said.

She added, "There are people who have lost their lives because there were no cases being heard at the Court of Appeal. If I was the Chief Justice, for the sake of the people of Kenya, it was the right thing for 34 judges to take the oath of office to rescue the court of appeal."

Shollei noted that the President defied the constitution because his job is not to cherry-pick who becomes a judge and who doesn't.

She added that if President Kenyatta has anything against the six judges whose names he rejected, he should prepetition the judicial Service Commission for prompt action.

The 34 Judges took the oath of office on Friday, June 4, 2021, in an event presided over by President Uhuru Kenyatta at State House Nairobi.

They will serve in the Court of Appeal, Environment and Lands Court, and the Employment and Labour Relations Court.

In his remarks after the event, Uhuru asked the judges to act without bias.

“That your actions and decisions be guided slowly on the unbiased and faithful application of the Constitution and our written laws, our principles and values as a nation, and the overriding interest of justice,” Uhuru said.

According to the president, the six judges whose names he rejected have integrity issues that had been detailed by the National Intelligence Service and other security agencies.

They include; Aggrey Muchelule, George Odunga, Weldon Korir, and Prof Joel Ngugi who were recommended for the Court of Appeal.

Others are Judith Omange and Evans Makori as Judges in the Lands and Environment court.

This comes amid uproar over the rejected six judges by the president.
News
11 months ago