Kitengela Four: Agony of family yet to find kin

Jack, alongside three other went missing on April 19 but he is the only one yet to be found 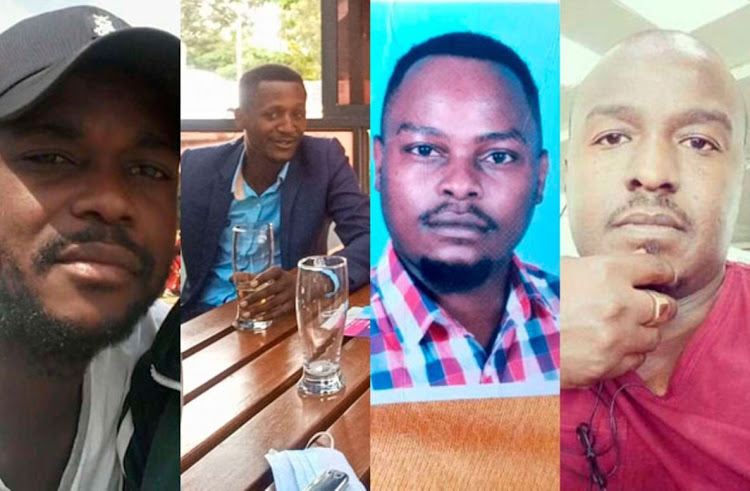 The family of Jack Ochieng' Anyago, the fourth of the Kitengela four, have resigned to fate.

They are ready to bury, only they have no idea if he is dead or alive. He is the only one whose body has never been found.

Every negative response as they comb mortuaries for his body only adds to their emotional distress.

Ochieng', says his old parents are ailing; the mother has been at Aga Khan hospital in Kisumu battling depression.

Their father suffered stroke in 2000 and his condition got worse on learning of the disappearance of his son.

Ochieng' is the only member moving around looking for their brother.

He has been to  police stations and morgues in Kiambu, Nairobi, Thika, Machakos, Kajiado, Oloitoktok, Murang'a to no avail.

"The police have always told me that we will get Jack, either alive or his body. But when?" Ochieng' posed.

"We want him, dead or a live. Even if Jack is dead, we want his body so that his wife and three children can get closure, now that all the three men have been found dead," he added.

His first born son is in Form 1 at Ramba boys high school.

The initial information the family received, he said, was from a man only identified as Erico, who said he was with the four but escaped.

The man is said to have told the family that all the four had been murdered and their bodies dumped at City mortuary. This turned out not to be true as the three others were found in different places.

"We are on our own. Maybe Jack is being detained by someone because his body has not surfaced like the other three. I have checked all morgues but have not found his body. We are ready to bury," Ochieng' said.

He said the family is not aware of any criminal involvement of their kin and that no information has been forthcoming from the detectives to assuage their anxiety.

"They only tell us to be patient."

Jack, 37, alongside Elijah Obuong, 35, Benjamin Imbayi, 30, Brian Oduor, 36, went missing on April 19 from Enkare Nightclub in Kitengela, Kajiado county, where they had stopped to have lunch.

Police report had said the four drove into the club in a Toyota MRK X (KCQ 715C). After their meal, they walked to the parking lot to leave at around 3pm.

But it appears they were abducted at the parking lot as the vehicle remained at the club.

The bodies of Obuong, Imbayi and Oduor were discovered in the Mathioya River in Murang'a, at General Kago Funeral Home in Thika and in Mukungai River stashed in gunny bags. Jack is yet to be found.

Police reports have linked the four to criminal activities, including robbery with violence, jumping bail, car jacking and muggings.

They were said to be on the police radar. An associate said to be with them on the day they disappeared, Erico, is said to be at large and is suspected to have crossed the border into Uganda.