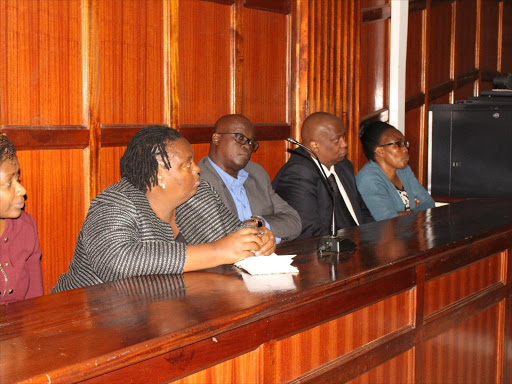 A former head of accounting at the Nairobi county government will pay the state Sh70 million in tax arrears after he lost an appeal.

The Tax Tribunal on Friday dismissed Stephen Osiro’s appeal and upheld a decision by Kenya Revenue Authority to collect Sh70,785,624 from him.

The tribunal ruled that there was no evidence to refute the tax assessments conducted by the KRA.

The tribunal chaired by Mahat Somane dismissed Osiro's complaint that the tax assessment was erroneous and excessive.

Osiro was under a tax probe by the KRA commissioner of investigation and enforcement for his January 2012 to December 2016 income.

The commissioner discovered that while filing his 2012, 2013 and 2016 returns, Osiro declared less income.

Osiro was on permanent and pensionable employment with Nairobi City county during Governor Evans Kidero's regime. He had earlier worked as a treasurer at the Kisumu municipal council.

In his appeal against the tax assessments, Osiro said the commissioner failed to appreciate several activities that he was engaged in.

He claimed that KRA had not considered technological advancements such as use of mobile money transfers for efficiency and effectiveness of funds movement.