Most targeted are school-going girls and those who completed secondary school.

• Detectives are advising parents to monitor their children’s online activities and the people they socialise with.

• a teenage girl was rescued from falling into the trap of predators after traveling from Machakos to Mombasa where she was to meet a strange person with whom they interacted through Facebook. 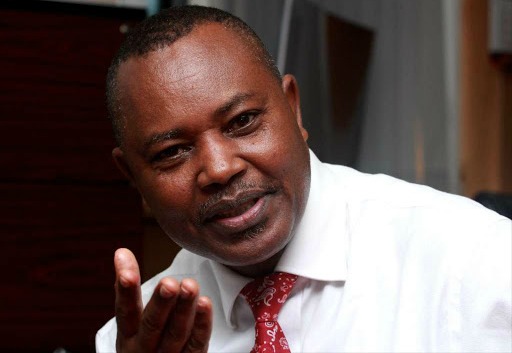 The office of the Directorate of Criminal Investigations has warned parents and guardians of a new trend being used by sexual predators to prey on young girls.

According to detectives, the predators are using their tricks to target the school-going girls and those who have just completed their secondary school education.

They use the social media platforms of the targeted victims to obtain their personal information before they lure them into their trap.

In a related incident as per the sleuths, a bus conductor working for the Executive Bus company that plies the Nairobi-Mombasa route reported an incident where a teenage girl who almost became a victim boarded his bus at Machakos junction.

The girl boarded the bus and was to meet a person who she has never met before, lied to the conductor that she was headed to the coast, to meet her brother who stays in Mariakani.

When the conductor asked her to pay her bus fare amounting to Sh1,500, the girl had Sh500, saying that she promised to settle the balance before they reached Mtito Andei, a promise that was not honoured.

“Along the way, the conductor got suspicious on the true identity of the person the teenager was going to meet and whether that person was truly her brother. Therefore, upon reaching Samburu, the conductor called the man and tricked him that they had arrived in Mariakani,” DCI said.

“He asked him to come at the bus stop and pick the girl as he settled the balance, but the man told him to send the girl to Kaloleni by a motorbike, where she would meet him then he would settle the balance. Fearing for the young girl’s safety and tired of being taken on a wild-goose chase, the conductor decided to go with the girl to Mombasa, where her safety was assured.”

Later on, the girl confessed that the man whom she was about to meet was not her brother but a stranger with whom they had only established contact through Facebook.

The bus finally arrived in Mombasa at around 4:30pm, but the man didn’t show up until later in the evening at 8pm.

What shocked the staff of executive bus services was the girl said the person who came to pick was different from the one she interacted with.

when the teenager said that the man who had come to pick her up was not the man she had been chatting with, adding that he did not resemble the person appearing on the Facebook page.

The bus company provided accommodation for the teenager and a bus ride back to Machakos junction, where she had boarded their bus the previous day.

According to the conductor who shared this information intimated that such cases were rampant, and even cited another case where a 17-year-old girl who had just sat her KCSE, boarded their bus at Matuu and alighted at Mombasa to meet a man she did not know, only a day after the previous incident.

Detectives from the Anti Human Trafficking and Child Protection Unit are currently pursuing the suspects.

Detectives are advising parents to monitor their children’s online activities and the people they socialise with.