• Maina was arraigned under a miscellaneous application as police sought more time to detain him as they continue investigations. 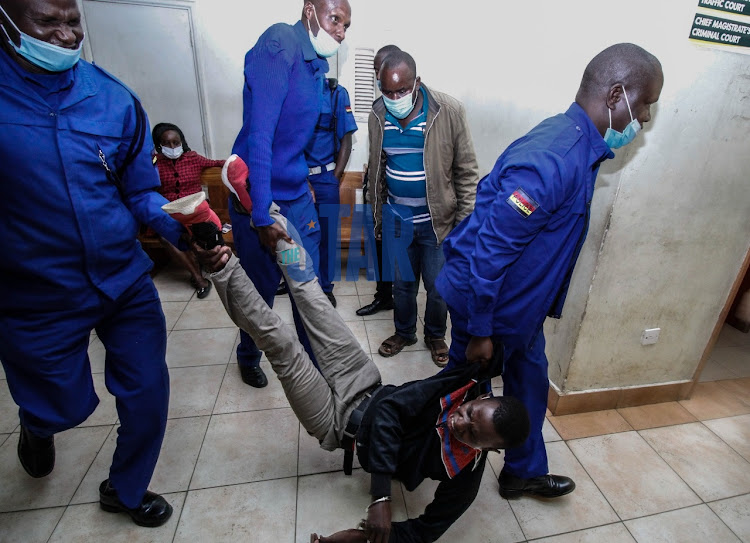 Police officers based at the Milimani law Court take Joshua Maina Toto to courts after he refused to leave the Milimani Police Cells on May 31,2021.
Image: ENOS TECHE

A 22-year-old man attempted to commit suicide on Monday after being arraigned for allegedly defiling a 16-year-old girl.

Joshua Maina Toto hit his head against the court floor shouting that he was tired of life and wanted to die.

Maina was arraigned under a miscellaneous application as police sought more time to detain him as they continue investigations.

She stated that the mother of the complainant reported the defilement on April 30, 2021, alleging that her daughter was defiled between April 14 and 20, 2021.

"The girl was escorted to Nairobi Women's Hospital where she was treated and since the matter was reported on a Friday, I was unable to fill the P3 form for the complainant, the following week the complainant went back to school," the officer said.

The court heard Maina was arrested on May 29,  which was a weekend and police were unable to escort him to the government chemist for examination. 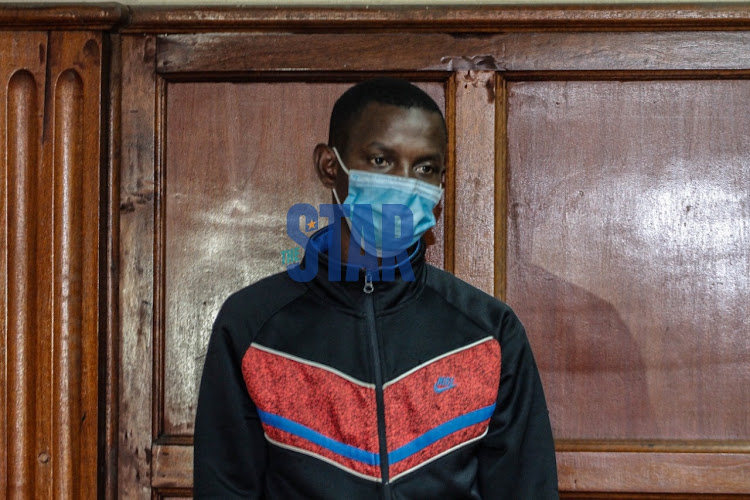 Amakumba added that the five days she requested were to enable her escort the respondent and complainant for DNA samples and fill in the P3 form.

Opposing the application for further detention, the accused's lawyer told the court that the matter was reported a month ago before the complainant went back to school, adding the lack of filling of the P3 form was not caused by the accused.

"The accused has not been at large or either has he been summoned by the police and failed to appear, any further detention of the accused is infringement of his rights. We therefore ask the court to allow the suspect be charged if there is any holding charge," said his lawyer

The lawyer also asked the court to allow Maina to undergo age assessment.

In his ruling magistrate Bernard Ochoi allowed the suspect to be detained for five days, saying Maina had absconded after arrest.

"The investigating officer explained the delay. I find the excuse for delay to be reasonable," he said

The case will be mentioned on June 4.