BETWEEN EIGHT AND 12 WEEKS

The Ministry of Health began administering the second jab on Friday last week, but supplies are limited

•A second dose also provides great protection against coronavirus strains, like the one first detected in India (B.1.617.2), which has now been reported in Kisumu. 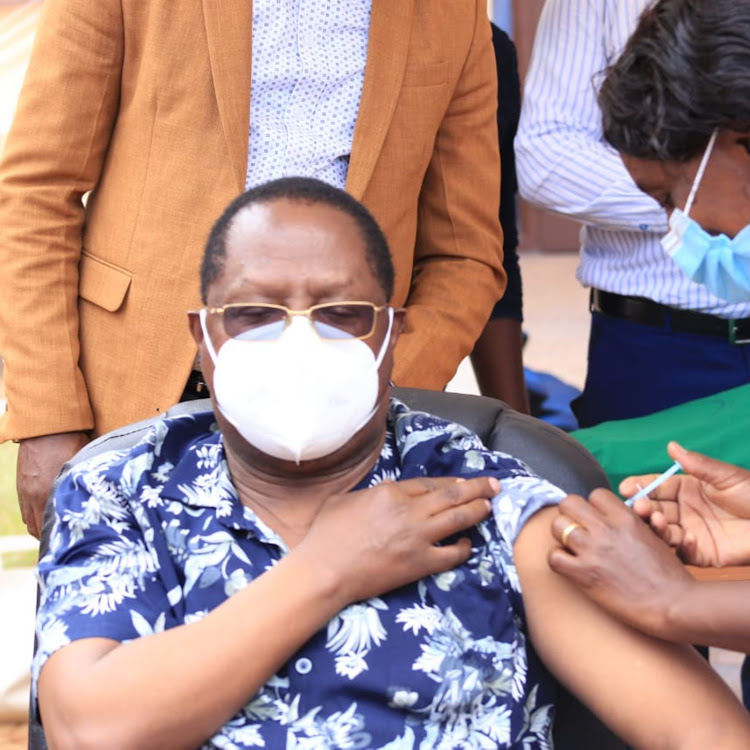 Kenya urgently needs one million Covid-19 vaccine doses so that those who got the first jab can get their second shot within the required interval of between eight and 12 weeks.

Those who got the first dose of the AstraZeneca jab in March are already due for the second dose.

The government says the doses should be available in the next two months for those already inoculated to get the second dose.

The Ministry of Health began administering the second dose on Friday last week, but the supplies are limited.

Research so far shows protection from the first dose lasts for at least 16 weeks.

However, Covid-19 antibodies have been found in the body up to six months after one dose.

“Today, 444 people have tested positive for the disease. The positivity rate is now 8.9 per cent,” Kagwe said in a statement on Saturday.

Kenya launched its mass vaccination drive on March 5 after receiving some 1.02 million doses of the AstraZeneca vaccine and had inoculated 968,733 people with the first dose by Saturday.

The ministry said it is relying on donations from countries with excess vaccines, as well as redistribution of vaccines from other African countries that have been unable to exhaust their supplies before expiry.

Head of the vaccines rollout taskforce Dr Wills Akhwale said they are also hoping the Covax facility will send in another batch of vaccines from Kenya’s total allocation.

From the redistribution efforts, Kenya will this week receive 130,000 more doses of the AstraZeneca vaccine from the Democratic Republic of Congo, and 72,000 doses from South Sudan.

These will be combined with the unused doses within Kenya and given as a second shot, the ministry said.

“We will begin with Kenyans who received their jabs in March because they need to be given within the 12-week period,” Akhwale said last week.

Kenya initially received 1.02 million doses of the AstraZeneca-Oxford vaccine from Covax on March 3, and a donation of 100,000 doses from the government of India on March 11.

Two doses offer around 85 to 90 per cent protection against symptomatic disease, experts say.

A second dose also provides great protection against coronavirus strains, like the one first detected in India (B.1.617.2), which has now been reported in Kisumu and Mombasa.

According to the World Health Organization, Africa needs at least 20 million doses of the Oxford-AstraZeneca vaccine in the next six weeks to get second doses to all those who had been given the first shot.

“In addition to this urgent need, another 200 million doses of any WHO Emergency Use Listed Covid-19 vaccine are needed so that the continent can vaccinate 10 per cent of its population by September 2021,” WHO said.

The move followed a call made by WHO Director-General Dr Tedros Adhanom Ghebreyesus at the World Health Assembly for all members to support a massive vaccination push.