Covid positivity below five per cent as 162 people catch virus 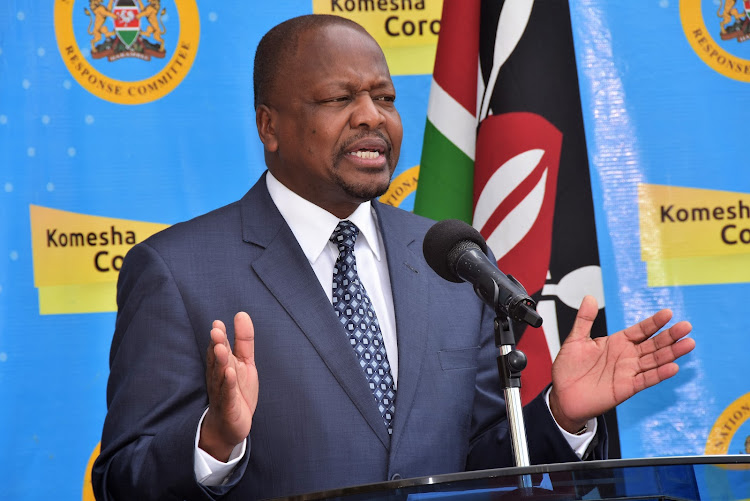 Kenya’s Covid-19 positivity rate was 4.7 per cent on Sunday after 162 people were found with the coronavirus from 3,452 samples tested in 24 hours.

In a statement, Health Cabinet Secretary Mutahi Kagwe said that 152 were Kenyans and 10 foreign nationals aged between 17 years and 70 years old.

“Today 643 patients have recovered from the disease, 406 from the home-based and isolation care while 237 are from various health facilities countrywide,” Kagwe said.

Some 116,776 people have now recovered since March last year. About 84,8oo patients recovered from the home-based care while 31,944 were discharged from various health facilities.

“Unfortunately, 16 people from reports of facility audit records conducted on diverse dates in April and May are reported to have succumbed to the disease,” Kagwe said.

“This now pushes the cumulative fatalities to 3,157. Our sincere condolences to families and friends of those that have lost their loved ones.”

Kagwe said that 1,225 patients are currently admitted to various health facilities countrywide, while 4,724 are on the home-based care and isolation programme.

Ninety three patients are in ICU, 20 of whom are on ventilatory support and 56 on supplemental oxygen while 17 are under observation.

Another 85 patients are separately on supplemental oxygen with 79 of them being in the general wards and six in the high dependency unit.

Kitui, Kwale, Machakos and Turkana had two cases each while Tharaka Nithi, Trans Nzoia, kajiado and Kirinyaga recorded one case each.