A darling to all! Raila, Ruto lead Kenyans in mourning Kalembe Ndile

"Ndile was a brave voice of the people. A self-made leader, he was a darling to audiences," Mutua says.

•Ndile died at the Nairobi Hospital aged 57 after struggling with Liver cirrhosis.

•"With great shock, I have learnt of the passing of former MP .. The people of Kibwezi and our country have lost a charismatic leader," Raila said. 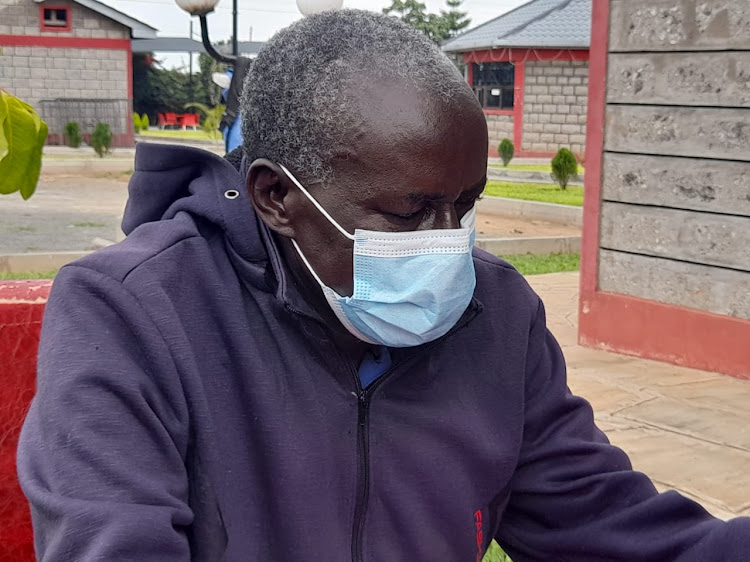 Ndile died at the Nairobi Hospital aged 57 after struggling with Liver cirrhosis.

"dile devoted his life to serve the people of Kibwezi. He was a master of equal justice who set an incredible example of service to all," Ruto said.

Ruto said Ndile will best be remembered for his modesty, insights, independent voice and fighting for the rights of the underprivileged.

"We share our love and thoughts with the Ndile family, their loved ones and the people of Kibwezi at this sad time. Rest In Peace, Mheshimiwa Ndile," he said.

Raila said it was with great shock that he learnt the passing of Ndile.

"The people of Kibwezi and our country have lost a charismatic leader. With exceptional grassroots mobilization skills who also cared deeply for the underprivileged. May He Rest In Eternal Peace.," Raila said.

Machakos governor Alfred Mutua said he was deeply sad to learn of the passing of one of Kenya’s top political orators “Mtoto wa Squatter”.

"Ndile was a brave voice of the people. A self-made leader, he was a darling to audiences and to us all. A huge loss to our region. Kenya has lost a hero," he said.

"My father was admitted at the hospital last week. He died this morning and we are at the same hospital now. We will give more details later," Kioko said on phone.

It has emerged that the former Tip Tip party leader had a phone conversation with some Machakos journalists last week informing them of his admission at the hospital and possibility of "resting".

Rest in Peace and Go well bwana Kalembe Ndile. A man who had a big heart, he always sought to work for the people. Rest easy!

My deepest condolences to the Family and Friends of former Kibwezi M.P Hon. Kalembe Ndile.
He ran a good race.
May his soul Rest In Eternal Peace. pic.twitter.com/5jOEAE0caB

In Kalembe Ndile we have lost a Vocal and humorous Politician.

The Kamba region shall greatly miss your services. You were a strong pillar in the Politics of the region.