• Uhuru told the leaders that he was determined to leave a legacy of a strong, united and prosperous country. 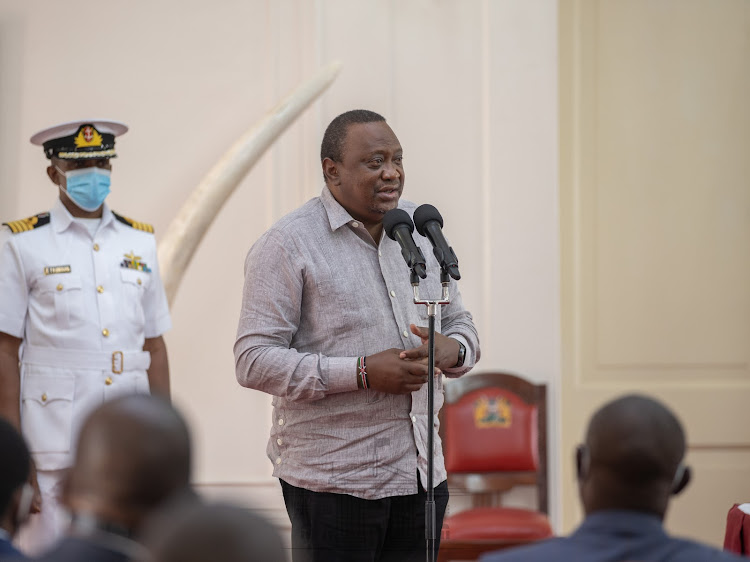 President Uhuru Kenyatta on Friday hosted Luo Nyanza leaders ahead of his development tour of the region later this week.

Uhuru told the leaders that he was determined to leave a legacy of a strong, united and prosperous country.

This he said he will do together with former Prime Minister Raila Odinga.

“My brother (Hon Raila Odinga) and I are focused on leaving a legacy where young people have steady jobs and are able to access basics needs and become a country where all citizens are proud to be Kenyans,” Uhuru said.

He said that for far too long bad politics had derailed the country from achieving its development agenda, creating challenges that the President said can be resolved by leaders coming together for the sake of wananchi.

“Kenya is about all of us. Kenya cannot succeed without all of us. It needs all of us. This is me is the spirit of the handshake. If it was about two individuals we would not have reached where we are," he said. 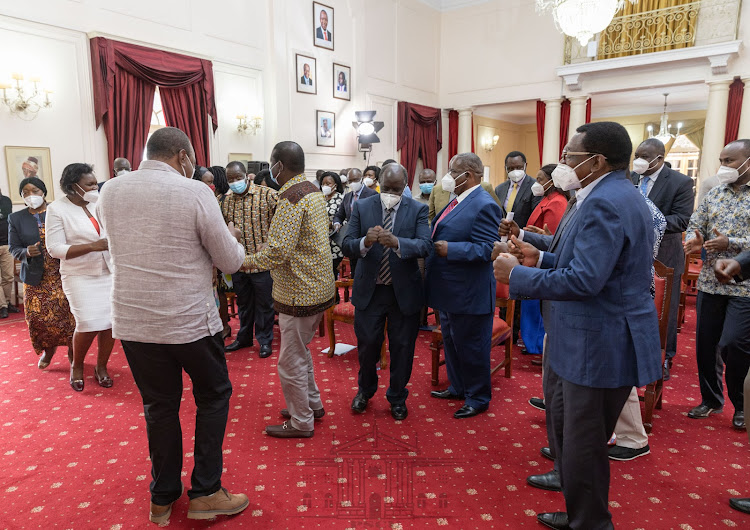 Uhuru said their aim is to eradicate the issue of people feeling marginalized, isolated, left out.

"...and to encourage a feeling that existed in this country. We want to go back where all citizens will feel proud to be Kenyans,” he said.

At the meeting, also attended by Raila, the President pointed out that his Administration will continue rolling out development programs across the country so as to ensure that all Kenyans benefit from national resources.

“We are out across the country, what we are doing in Nyanza, Kajiado, Nyeri, Garissa, Lamu and all other places is so that everybody can feel part and parcel of this country,” he said. 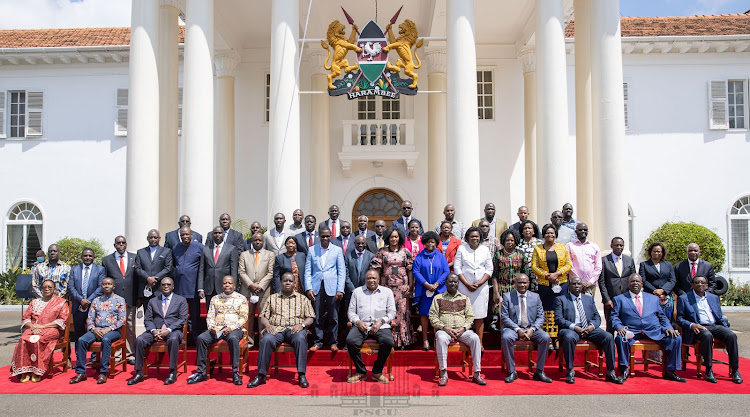 The President told the leaders that he was determined to leave a legacy of a strong, united and prosperous country./PSCU

The Head of State cautioned Kenyans divisive politics saying populism never helped any country achieve its development goals, and called on leaders to change their mindset and focus on the long term agenda of building a strong nation, not only for the sake of the current generation but also for posterity.

“What is important is to ask ourselves where will we get if we continue with this kind of politics which we have had in this country. There is no developed country anywhere in the world that has achieved the social, political, and economic aspirations of her people with a start and stop kind of politics,” President Kenyatta observed.

He said what needs to be done is for the current leaders to lay a strong foundation where successive administrations will build on to achieve socio-economic success and stability.

“We want to set out on a path that will take us forward. The destination is to end hunger, ignorance and disease. We want people who lead us to success and not get us back,” he said.

The President said infrastructural projects being undertaken across the nation are aimed at opening up the country for investments so as to create opportunities for all Kenyans. 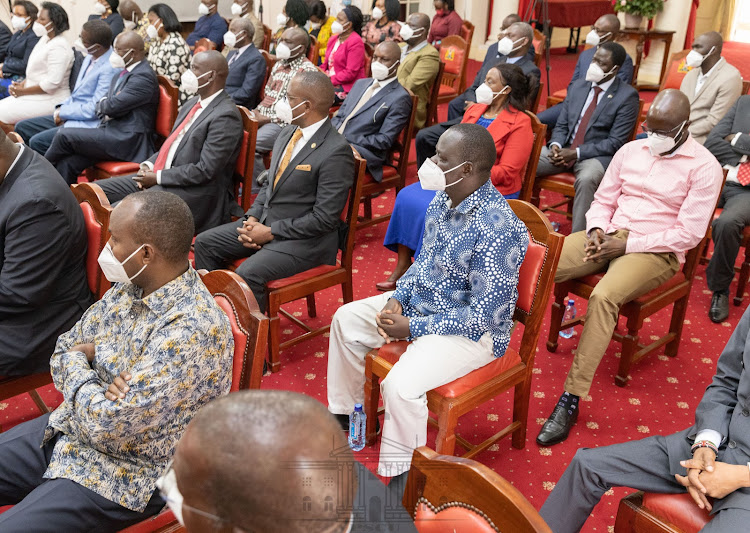 “How do you impact the life of mwananchi on the ground if he has no access to electricity, roads, cold storage and other crucial facilities that will ease their movement and of their goods?

“We want to be a nation of adding value, making micro-chips, cars etc. We have to put electricity and other necessary facilities so that investors can put up industries,” the President said.

“The way to revive economy is through infrastructure. I am happy to see that your government has picked up and taken the issue of infrastructure very seriously,” Raila said.

The opposition leader expressed gratitude to the President for inaugurating various projects in the recent past despite challenges brought about by Covid-19, saying the projects will help the economy to recover better.

“We are living at the most difficult time because of Covid-19 but with your efforts and determination I am sure we are going to revive our economy,” he said.

Later, the Luo Nyanza leaders addressed a press briefing during which they highlighted the outcomes of their meeting with the Head of State.