•First assignment is to handle split in the wake of the competing interests of the country’s political bigwigs keen on getting Mt Kenya support in 2022. 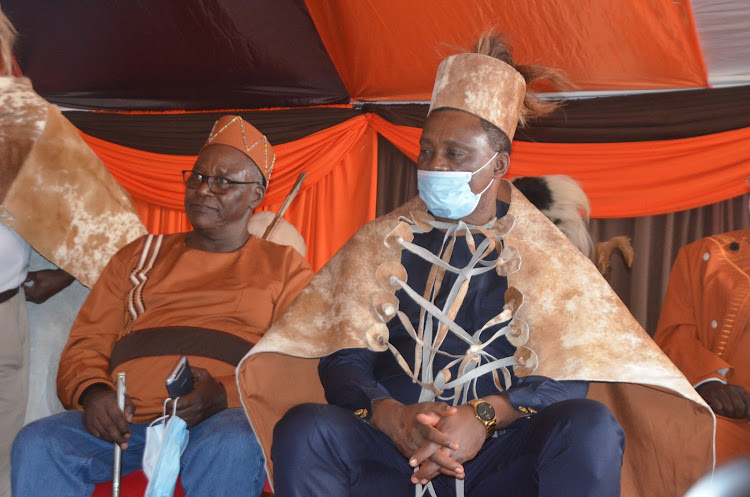 National Assembly Speaker Justin Muturi after being coronated as the spokesperson of the Mt Kenya region on Saturday, May 22, 2021.
Image: ALICE WAITHERA

National Assembly Speaker Justin Muturi has been secretly laying the ground for a fully fledged presidential campaign in 2022, the Star has established.

Buoyed by his controversial coronation as Mt Kenya’s political kingpin last weekend, Muturi is said to have stepped up private political engagements and plans to roll out rallies as soon as the ban on political gatherings is lifted.

The Speaker has set up a campaign secretariat, christened JB Centre, in Westlands which will serve as his campaign headquarters.

“The basic campaign infrastructure is ready and will be deployed by June 1. You will see more of Mt Kenya MPs coming back home,” a member of the team driving Muturi’s activities said.

His ambition has however left the vote-rich Mt Kenya region divided with a possibility that Mt Kenya East and Central may not vote in the same basket in 2022.

Sources familiar with Muturi’s plan said the Speaker is set to meet all Mt Kenya leaders to map out the region’s agenda for the 2022 General Election.

However, the entry of Muturi stands to complicate matters for the aspirants.

“If you listened carefully to the elders who crowned him as the regional kingpin, he has one assignment: To lead the mountain region in reaching out to other like-minded leaders who are thinking about a brighter future for this country,” a source in Muturi’s team said.

This, his handlers say, will bring an end to the perceptions that the region lacks a clear successor when Uhuru retires in 2022.

The assumption of a leadership vacuum had triggered a high-stakes game for control of the vote that decided Jubilee victories in the 2013 and 2017 general elections.

Muturi is set to be received by women leaders at his Embu home following his coronation, being symbolic of the cultural requirement that one is received by their mothers and wives at home.

Women from the 10 counties are expected at the meeting - whose mobilisation is already underway. The women are regarded as the housekeepers of the tools of power that Muturi was handed during his crowning.

Tharaka Nithi, Embu and Meru are referred to as Mt Kenya East.

After the reception by the women leaders, Muturi will host a group of political leaders from Mt Kenya East at a forum in Chuka.

Mt Kenya East wants to come as one single force after which Muturi is expected to tour the other counties of the region to popularise his unity call and 2022 presidential bid.

“Every Sunday, he will be in a church somewhere…every weekend there will be activities around Mt Kenya to make sure the region is united.”

The plan is that by August, there would be no doubt of who Muturi is or what he wants; being the same time he is expected to embark on tours outside Mt Kenya.

Already, the three governors from the region have thrown their weight behind Muturi saying the speaker was suited to voice the region’s issues as they approach a transition.

They said Mt Kenya as a region was at political crossroads and needed “ a steady hand, one that’s already tried and tested, to unite all the people of the region and to amplify their voices at the national level.”

Governors Kiraitu Murungi, Muthomi Njuki, and Martin Wambora urged Muturi to work with President Uhuru Kenyatta and other community leaders to articulate and protect the interests of Mt Kenya beyond 2022.

The sSpeaker holds that in the weeks and months ahead, he will strive to put the region’s leaders together to discuss the issues affecting the people, irrespective of their political persuasions.

“And I mean all economic, religious, social and political leaders, including men and women, young and old, from all corners of Mt Kenya,” Muturi said.

Muturi said he intends to work with leaders from the region to unite the people and have a common voice on the issues affecting them while celebrating progress already made.

“We will also seek to help President Kenyatta consolidate his legacy. As a people, we cannot afford to be divided. That work starts now,” Muturi said.

He holds that his job as National Assembly Speaker is equally a matter of priority and "a job that he takes very seriously".

“I will be quite engaged in a busy year trying to serve the country as we navigate through various law-making processes for the people of Kenya. I take this job seriously and for me, that’s my immediate engagement. I wake up every morning for this,” Muturi said.

His new role as the regional spokesman and kingpin is also a major assignment, he says.

“Recognition by my elders is the ultimate decoration.”

Mt Kenya leaders who are already backing the Speaker have fronted him as President Kenyatta’s natural heir, by virtue of being third in command in the country’s leadership hierarchy.

Others agree that he has a lot to deal with to get the region rally behind him, especially in the face of the upheavals in Mt Kenya.

There have been pockets of resistance to his activities, the loudest voice being that of Murang’a Governor Mwangi wa Iria who says he wouldn’t recognise Muturi’s endorsement.

Agriculture CS Peter Munya was among leaders who have voiced their opposition to the endorsement. Others are Kirinyaga Governor Anne Waiguru, Nakuru Governor Lee Kinyanjui and Murang'a Senator Irungu Kang’ata.

Kang'ata said they can only accept to work with Muturi if he supports the hustler movement, conditions that could reveal the amount of work cut out for the former Siakago MP.

She said the speaker should extend his meetings to counties, meet governors, opinion leaders, the clergy and women caucuses.

“This will be so as to win their confidence and bring them together despite their political affiliations,” Chege said.

Imenti Central MP Moses Kirima said they take the speaker as a community leader whom they can consult if need be.

“He is beyond the other leaders. Someone like Peter Munya has not been declared as a community leader. He is just a political leader,” Kirima said.

“The fact that Muturi was accepted by the Meru, Tharaka Nithi, and now the Kikuyus, he is above all the other leaders who are trying to take the mantle from President Kenyatta,” the MP said.

Ndaragwa MP Jeremiah Kioni, however, cast a different tone with his sentiments that the speaker is among people who require rebranding, having been part of the 10 years of Uhuru.

“He is trying to rebrand to see if he has another political life after Uhuru. The question we are asking is who are the individuals crowning him? What is their character? What kind of respect have they been given by the community?” Kioni said.

Meru and Embu leaders cite decades-old loyalty, want the house of Mumbi to return the favour.
News
3 months ago

In the US system endorsements powder, power and oil the electoral campaigns of candidates.
Siasa
6 months ago
by MOSES ODHIAMBO Political Writer
News
26 May 2021 - 08:51