Observers point to elements within the police or rampaging criminal gangs that abduct their targets, inflict maximum pain and kill

•The cases bear similarities. Claims of criminal activities and terrorism, among others, levelled against victims.

• Police Deputy IG Edward Mbugua did not confirm or deny the figures. He said all disappearances and killings are investigated separately and some have been solved. 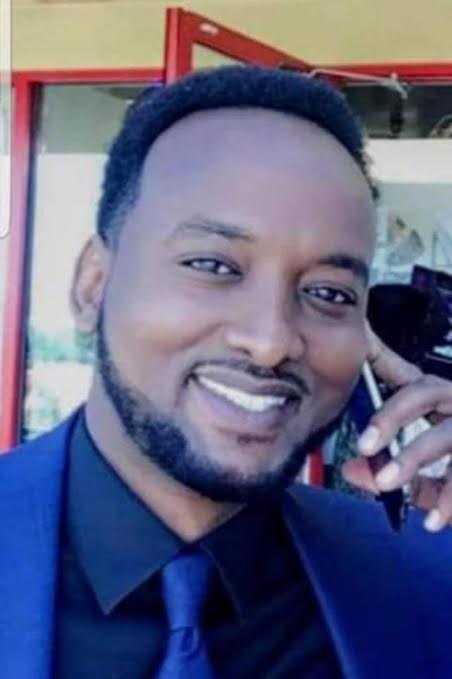 More than 20 people have disappeared since January and their bodies dumped in mortuaries, roadside thickets and on river banks.

Data maintained by police watchdog lobby, the Independent Medico-Legal Unit, shows the disappeared people were tortured before being killed.

The cases bear similarities, including claims of criminal activity and terrorism, among others, levelled against the victims.

All it may take is to be suspected of anything criminal or be associated with criminals or unsavoury doings to become one of these statistics.

Human rights groups and observers say they were probably killed either by elements in the police or rampaging criminal gangs who abduct, inflict maximum pain and kill.

Deputy Police IG Edward Mbugua did not confirm or deny the figures documented by IMLU.

"All cases of missing persons are recorded and investigated separately," he told the Star on Tuesday. "Those pending are still under investigation. Some have been solved but I don’t have the exact figures."

So who were the victims and who killed them?

Paul Kosgei, Nelson Kordado, Brian Silale, David Kurgat, Kanga Siareng’ and a sixth man were in a bar at Chemolingot in Kapedo area of Baringo county, sipping their drinks and chatting. Armed men in plainclothes emerged, arrested them and bundled them into a waiting vehicle. It sped away. The families reported the disappearance at Nginyang’ police station.

Five bodies were found a few days later at Shirata area in Arabal. They were riddled with bullets and showed signs of torture, including deep cut wounds. Some of their fingers were severed. At the time of their disappearance, the Kapedo area was declared an operations area by security forces trying to eliminate cattle rustlers, bandits and organised criminal gangs. The victims were aged between 27 and 47 years.

Silale was an IEBC official in the area, Kordado was a primary school teacher and Kosgei was a Teachers Service Commission official stationed in Chemolingot, Tiaty subcounty. Kukat was a KMTC student while Siareng was a businessman. The sixth person’s body is yet to be found, five months on.

His body was found at Ndathi area of Nyahururu on the slopes of Mount Kenya on February 4. The discovery was reported to the Ndathi police post as OB Number 09/04/02/2021. The family identified his body. It is not known who killed him or why.

According to the IMLU report, the two were picked by uniformed anti-terror agents in Mombasa in early February and their bodies found in Tsavo National Park on March 6.

According to a terror list published by Police IG Hillary Mutyambai in October 2019, Tengeza and Mbwana had been marked as al Shabaab sympathisers. They were returnees but still engaged in acts of terror in Mombasa. Police called Tengeza, 22, and Mbwana, 37, armed, dangerous and daring. They said their acts of violence targeted security agencies and the public in Mombasa, Likoni and Kwale.

The two were suspected to be part of the group deployed by al Shabaab in Mombasa to target the Mashujaa Day celebrations addressed by President Uhuru Kenyatta.

“The group is suspected to be part of the gang that killed Sheikh Omar Fumbwe and Bakari Hamisi Mwadondo in August 2019. They are also suspected to have participated in the killing of Pastor Isaac Houghton in 2018,” the IG said.

They were arrested allegedly by security agents and their bodies dumped at Coast General Hospital mortuary on March 6. Omar was 29 and Mwinyi was 17.

Police said the four — Elijah Obuong, 35, Benjamin Imbayi, 30, Brian Oduor, 36, and Jack Anyago Ochieng’, 37— had met at Club Enkare in Kitengela for lunch. They drove there in a Toyota MRK X (KCQ 715C). After their meal, they walked to the parking lot to leave at around 3pm.

But it appears they were abducted at the parking lot as the vehicle remained at the club. The bodies of Obuong, Imbayi and Oduor were discovered in the Mathioya River in Muranga, at General Kago Funeral Home in Thika and in Mukungai River stashed in gunny bags. Jack Anyago is yet to be found, dead or a live.

Police reports have linked the four to criminal activities, including robbery with violence, jumping bail, car jacking and muggings. They were on the police radar. An associate said to be with them on the day they disappeared, Erico, is said to be at large and is suspected to have crossed the border into Uganda.

Fauz Mohammed, 27, Ramadhan Omar, 23, and Brian Hamisi, 23, were separately picked from their houses in Likoni,Mombasa. They are yet to be found dead or alive. They were picked in the wee hours of that Thursday in what appeared to be a coordinated operation by people believed to anti-terror police agents.

The officers numbering about 20 were heavily armed and had arrived in several cars, wearing combat gear. They cordoned off the homes and used explosives to blast their way in to pick the men. The families reported the abductions at the  Shelly Beach police station. Likoni police boss Jectone Opengo said investigations were launched.

Youth only known as Collins, April 29

Collins, a street dweller, was allegedly arrested by a police officer only known as Njoro in Mathare, Nairobi, on April 29 at 3.30pm. His body was found at City Mortuary the next day. Collins was picked in a Toyota Probox ( KCW 491N.)

The Somali-American businessman, 36, is the latest case documented by the IMLU lobby. He went missing on May 13 after visiting Miale entertainment lounge in Lavington, Nairobi. His car, a black Range Rover, was traced to a thicket in Kibiku area of Ngong'; it had been burnt to a shell. The remains of the car were later removed from the scene by unknown people.

His body was discovered on the bank of a river in Kerugoya, Kirinyaga county. There was evidence of torture, possibly to extract information. State sources say he was involved in transferring huge sums of money to Somali officials.

Why we should criminalise enforced disappearances
by GORDON OSEN News Journalist
News
26 May 2021 - 06:10