•The research took account of yield losses of major crops including maize, tomato, cassava, mango and banana, as well as labour costs – through weeding and loss of income derived from livestock. 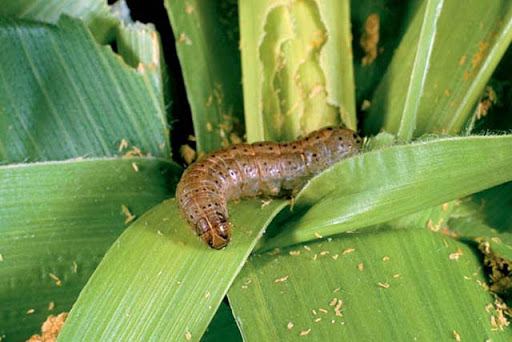 Invasive, alien plants and insects have cost Kenya about Sh8.22 trillion, and the African continent about Sh388 trillion every year.

Kenyan scientists working with foreign colleagues have for the first time calculated the damage caused by invasive, alien plants and insects in Africa.

These are species that were introduced accidentally or intentionally into the continent and have since become problematic.

They include the fall armyworm which got into Kenya accidentally in 2017 and the Mathenge shrub that was intentionally brought in in 1970s for a now-failed experiment to end desertification.

The total cost is equivalent to 1.5 times the Gross Domestic Product of all African countries combined—or similar to that of Germany.

The team conducted a literature review and online survey of 110 respondents and established that tomato worm Tuta (Phthorimaea) causes the highest annual yield losses at $11.45 billion on the continent, followed by the fall armyworm at $9.4 billion.

The research took account of yield losses of major crops including maize, tomato, cassava, mango and banana, as well as labour costs—through weeding and loss of income derived from livestock.

Cabi director general in charge of development Dr Dennis Rangi said: “An estimated $3.6 trillion a year impact of invasive alien species on Africa’s agricultural sector is a tremendous loss where over 80 per cent of people living in rural areas rely on the crops they grow for food and income.”

He said the loss was more intense during the Covid-19 pandemic.

“Notably, governments across the continent put in place mitigation measures to manage the pandemic and its impact. Kenya for example proposed a $503 million (Sh5 billion) economic stimulus package in 2020 to cushion its citizens,” he said.

AU commissioner for agriculture Josefa Sacko, said: “Managing invasive alien species is an absolute imperative if Africa’s agriculture is to meet its full potential and feed its growing population—which is expected to double to 2.5 billion people by 2050— and contribute towards global food security.”

Currently in its first year of implementation, the AU’s strategy outlines six key areas of focus under its 2021-2025 action plan.

One of the priority areas is the establishment in 2022 of continental, regional and national emergency funding mechanisms for rapid action against Invasive Alien Species.