•The Bill amends Article 172 of the Constitution to create the office of the Ombudsam whose office holder shall be nominated by the president.

•The Ombudsam shall have sweeping powers to discipline judiciary officials, including suspending, warning and reprimanding them. 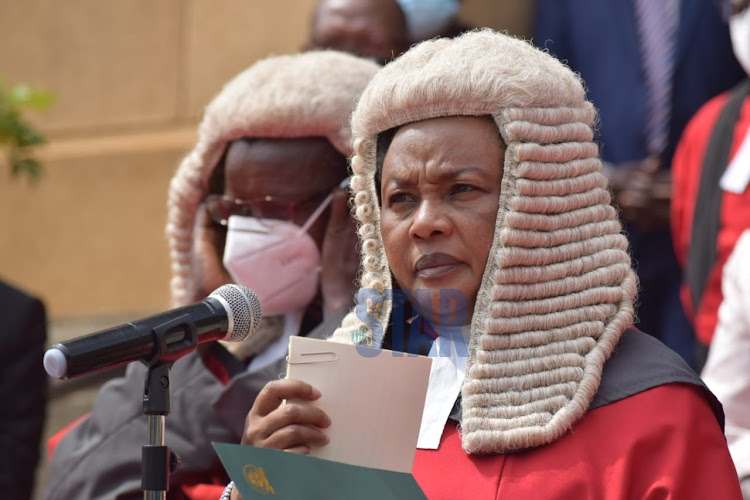 The radical ruling by a five-judge bench of the High Court could have safeguarded the independence of the Judiciary from the jaws of the Executive.

Critics of the BBI-driven Constitution of Kenya (Amendment) Bill, 2020 argue the proposal for a judiciary Ombudsman appointed by the President could have placed the Judiciary at the whims of the Executive.

“In as much as we don’t want to say that the judiciary was also hitting back at the Executive, they were bound to be affected by the constitutional amendment. which would have of course affected the judicial independence,” lawyer Elias Mutuma says.

The Bill amends Article 172 of the Constitution to create the Office of the Ombudsman, whose office holder shall be nominated by the President.

The Ombudsman shall have sweeping powers to discipline Judiciary officials, including suspending, warning and reprimanding them.

Critics say this will comprise the independence of the Judiciary and return the country to the days when the courts were controlled by the Executive.

Mutuma said the judges were well aware that their independence was at stake and thus bound to ‘hit back’ when given an opportunity.

Lawyer Danstan Omari said the nullification of the entire BBI process ‘stopped the encroachment’ of the independence of the Judiciary.

“The totality of the BBI has been declared null and void. That clause is also dead. It is null and void. Everything in BBI is dead. The independence provided in 2010 Constitution is the one that is applicable,” he opined.

“The committee found that this is a claw back provision in light of the current provisions on the Judiciary particularly those that guarantee the independence of the "udiciary and also provide for security of tenure.

“For these reasons, the committee found that the proposed amendment to Article 172 is unconstitutional and will require urgent consideration at the appropriate time,” a report of the joint parliamentary committee that considered the bill read in part.

“Now we are saying that the Judicial Ombudsman will, among other things, sit in the JSC. However, he will enhance the reign of terror on judges by, among other things, warning, reprimanding and suspending them,” Wetang'ula said during the debate on the bill in the Senate.

In the landmark judgment, the judges led by Justice Joel Ngugi scuttled the BBI, terming the entire process to amend the Constitution illegal, null and void.

Lawyers say indictment for violation of Constitution could trigger removal from office.
News
1 year ago

Odunga and Ngungi are among Judges Uhuru has refused to move to the Court of Appeal
News
1 year ago
Post a comment
WATCH: The latest videos from the Star
by JULIUS OTIENO Journalist, Political and Parliamentary Reporter
News
15 May 2021 - 17:30
Read The E-Paper