•He assured farmers that investigations will be carried out to ascertain if this happened and those involved will be dealt with.

•Munya said the tea companies are responsible for choosing the leaders they want and the government is ready to help them move forward. 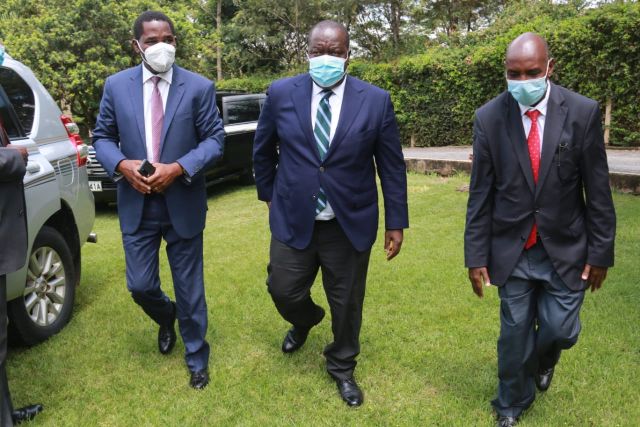 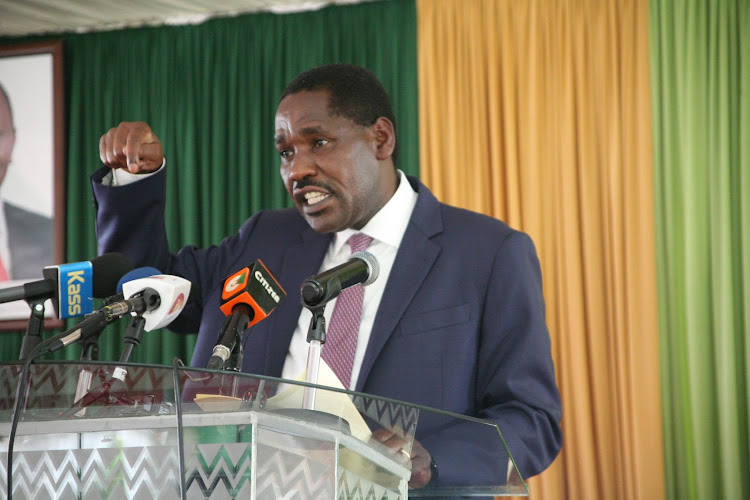 He said they want people to vote fairly and openly so that they can get directors that will work towards reforms.

Munya said the tea companies are responsible for choosing the leaders they want and the government is ready to help them move forward.

He told the newly elected directors that they have been elected on the platform of change and reforms of the tea industry whereas the previous leadership has been identified with acts of impunity, no accountability, and secrecy.

“Your tenure should be marked by fairness, accountability and transparency. Good corporate governance and servant leadership should be your forte. I do not expect you to arrange for weeks of retreats in some distance hideouts or holiday resorts in the name of induction,” Munya said.

“Instead, it will be critical to focus on the immediate interventions towards restoring the confidence of the tea farmers and returning the industry on the growth and prosperity path.”

He accused KTDA of scuttling the reform process and denying farmers the opportunity to receive enhanced earnings, and that they have done all in their books to redeem the status quo by obtaining court orders and injunctions.

“Luckily this has not stopped the shareholders from taking up their rights to decide for their companies, and this has paved way for the elections,” he said.

Munya said there is a need to ensure the continued smooth operation of their respective companies and directors must move fast to secure all assets that belong to the shareholders including the institutions that were designed to support the operations and management of the companies’ notable the KTDA holding limited and its subsidiaries.

Munya said he had received formal complaints that people were taken to hotels and given allowances to elect certain directors in some zonal areas.

He spoke on Thursday during a meeting in Nairobi with smallholder tea factories newly elected chairs and vice-chairs in the Central region.

The CS said he heard that people were being given Sh200 million to vote for some preferred candidates as directors.

“I am worried that if one is elected this way, once they get to the office they will ensure the money is returned. This means our efforts to reform the sector will be in vain and a waste of time,” Munya said.

He assured farmers that investigations will be carried out to ascertain if this happened and those involved will be dealt with.

“We want to open a new chapter in this industry and we cannot do it this way. Investigations will be done to see what happened and who was involved,” he said

“Even if it means calling for another election in the affected areas, to ensure fair elections that will be done in an open ground where there are no night meetings in some hotels.”

Farmers voted in big numbers, kicking out all old directors and electing leaders committed to reforms.
Counties
1 year ago

Welcome the raid on KTDA head offices as part of the unrelenting journey towards restoring farming to its past glory.
Counties
1 year ago

Say it is now time for the government to enforce the exercise as farmers already participated in the elections.
Counties
1 year ago
by AGATHA NGOTHO Science Writer
News
15 May 2021 - 14:56