Junet claims there exist as unholy marriage between Tangatanga, a section of civil society and judiciary.

•In a press conference on Friday, they claimed the five Judge bench of the High Court made very personalised attacks against President Uhuru Kenyatta. 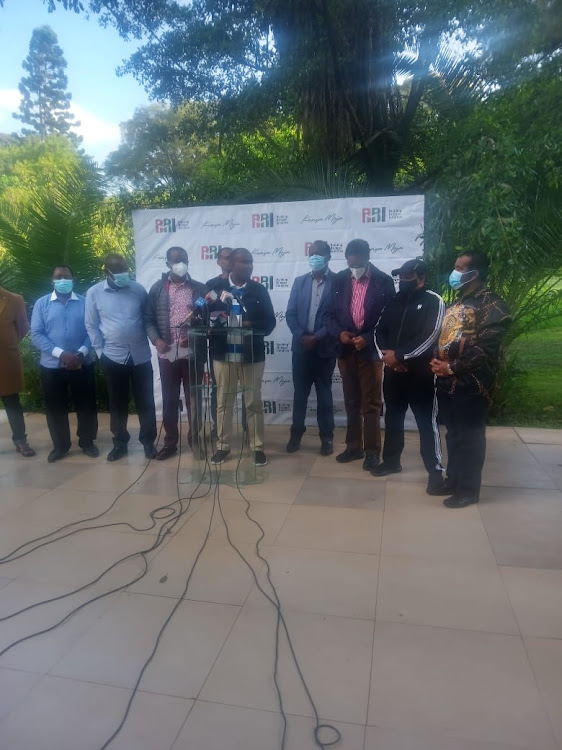 The BBI Secretariat has formally announced that they will appeal the High Court decision that declared the Constitutional amendment process as illegal.

In a press conference on Friday, they claimed the five Judge bench of the High Court made very personalised attacks against President Uhuru Kenyatta.

"This was a very deliberate design to plunge the country into a constitutional crisis and chaos through judicial activism,"Junet said .

According to Junet, a close ally of Opposition Chief Raila Odinga, there exist what he termed as unholy marriage between Tangatanga, a section of civil society and judiciary.

In the ruling he said, the Judges went beyond their call of duty.

The five judges dismissed the whole exercise and went even further than the petitioners had themselves expected.

"We note the celebration of the ruling by politicians and the civil society operators who have dismissed BBI from the word go. These politicians are determined to ignore the fact that four million Kenyans signed the BBI amendment Bill," said Junet.

The leaders said the judges erroneously focused on the taskforce and totally and deliberately ignored the secretariat and the promoters of the Bill.

"On our part we assure Kenyans that we shall continue to promote the constitutional amendment Bill until it's ratified by Kenyans," they stated.

In their ruling Thursday, the judges said a constitutional amendment through a popular initiative is only a preserve of the ordinary Kenyans and not the executive.

They declared that the BBI Taskforce—which was headed by the late Garissa Senator Yusuf Haji and in which Mwangi and Ambassador Martin Kimani served as joint secretaries—was unlawful entity.

“A Declaration is hereby made that being an unconstitutional and unlawful entity, the Steering Committee on the Implementation of the Building Bridges to a United Kenya Taskforce Report, has no legal capacity to initiate any action towards promoting constitutional changes,” they ruled.

Lawyers say it will take a legal miracle for the government to secure victory in the Court of Appeal and have all the cited grounds overturned.

Bosek likened the orders issued by the High Court to the Ten Commandments.

“You cannot break any of them and survive,” he told the Star.

Post a comment
WATCH: The latest videos from the Star
by FELIX OLICK Political Editor
News
14 May 2021 - 17:42
Read The E-Paper