Ruling on Gachagua plea to question investigator set for June

In the case, Assets recovery wants the MP to forfeit over Sh200 million suspected to be proceeds of crime 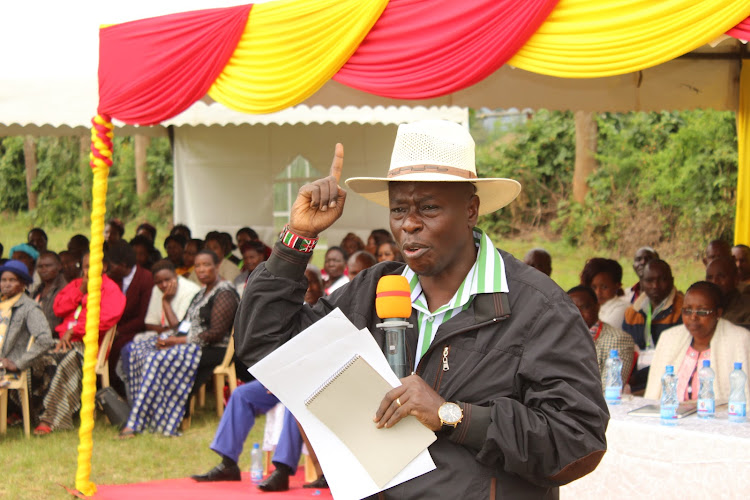 The High Court will decide on June 9 whether an Assets Recovery Agency investigator can be cross-examined in a corruption case against Mathira MP Rigathi Gachagua.

Justice James Wakiaga scheduled the ruling after Gachagua's lawyer Kioko Kilukumi said they want the detective to explain the contents of his affidavit.

The agency opposed the application, saying the matter can be resolved through the affidavit evidence.

Wakiaga gave Kilukumi 14 days to file a supplementary affidavit then he will decide on June 9 whether investigator Fredrick Musyoki will be cross-examined or not.

In the case, the agency wants Gachagua to forfeit more than Sh200 million suspected to be proceeds of crime.

Musyoki details in the affidavit how the MP allegedly schemed with his business associates to acquire the money from various state agencies through corrupt practices.

ARA, in its suit against Gachagua filed last year, alleged that his accounts conducted a series of suspicious debit transactions amounting to Sh7.3 billion and a total credit of Sh12.5 billion between 2013 and 2020, which they believe were proceeds of crime.

Out of the bank transactions, the agency claimed the MP and his business associates could not explain how they acquired Sh202 million, which should be forfeited to the State.

Post a comment
WATCH: The latest videos from the Star
by SUSAN MUHINDI Court Reporter
News
12 May 2021 - 23:00
Read The E-Paper