On the typographical errors, he says the two speakers of Parliament shall correct the same.

•"Parliament cannot replace or usurp public views with its own," Lusaka said.

•"Senators will vote for BBI as a whole and not a particular clause and will vote either yes, no or abstain." 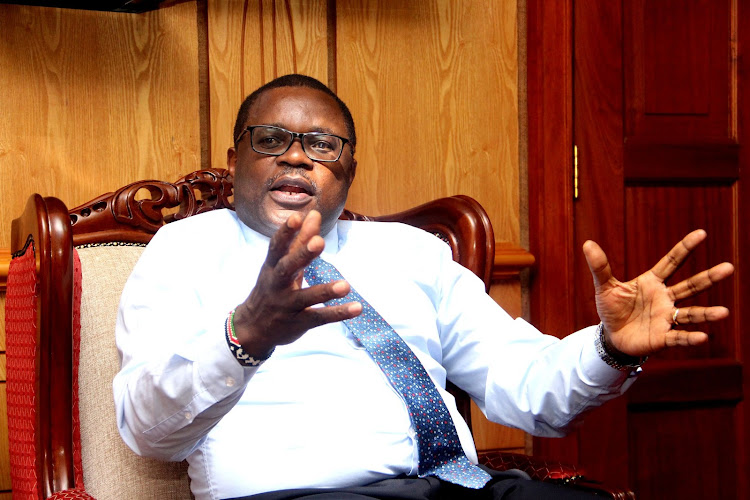 Lusaka said the Bill is a product of a popular initiative and thus parliament has not power to tinker with the document.

"Parliament cannot replace or usurp public views with its own," Lusaka said.

"Senators will vote for BBI as a whole and not a particular clause and will vote either yes, no or abstain."

The speaker said that Kenyans have sovereign powers to amend the constitution and that Parliament, through its delegated authority, cannot interfere with that.

On the typographical errors, he says the two speakers of Parliament shall correct the same before the document is taken to the president enroute to a referendum.

"I therefore rule, in respect to the specific question asked, that, no amendments may be made to the provisions of a Bill to amend the Constitution by way of popular initiative in the Senate. The Senate has the option of either passing or rejecting the Bill in toto in accordance with Article 257(8) of the Constitution," Lusaka said.

"Following from these findings, I declined to approve the notices of proposed amendments to the Bill at the Committee Stage submitted to my office."

A host of senators were clamouring to amend the bill, with three officially wrote to the speaker recommending a raft of changes – creation and distribution of 70 additional constituencies being the elephant in the room.

“I hold the view that Parliament can’t be gagged when it comes to a constitutional amendment Bill. We can't declare sections of the Bill unconstitutional and still go ahead to pass on the same unconstitutionality to the people. Why did they elect us?” Wambua, an ally of Wiper leader Kalonzo Musyoka, posed.

Last Thursday, members of the National Assembly passed the bill with an overwhelming majority after speaker Justin Muturi earlier ruled out any possibility of parliament amending the bill.

During the debate on the floor, several other senators, including allies of the ‘Handshake’ partners demanded to change the document arguing that Parliament’s role cannot be ceremonial.

Orengo, Wetangula and Omogeni have questioned the criteria used to allocate the proposed additional 70 constituencies.

Post a comment
WATCH: The latest videos from the Star
by JULIUS OTIENO Journalist, Political and Parliamentary Reporter
News
11 May 2021 - 13:18
Read The E-Paper