Mohammed Abdi is accused of gross misconduct, gross violation of the constitution and abuse of office

• Senators on Thursday formed the panel to investigate the charges preferred against the county chief.

• Some 37 out of 47 Wajir MCAs voted to impeach the governor for alleged gross misconduct, gross violation of the constitution and abuse of office. 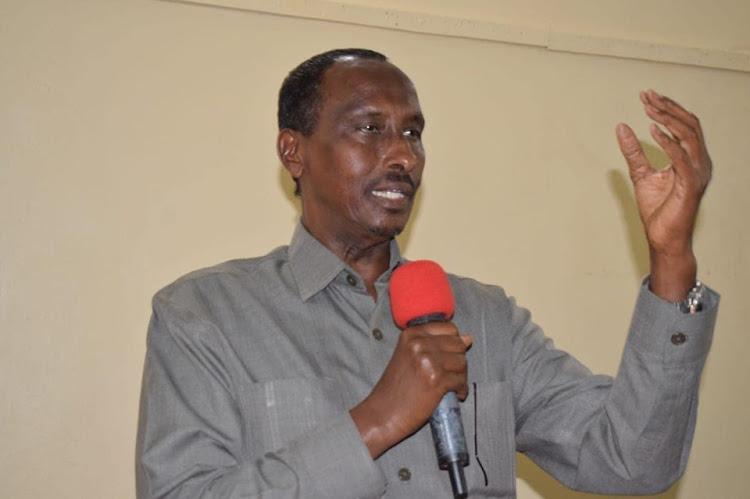 The fate of embattled Wajir Governor Mohammed Abdi now lies in the hands of an 11-member committee of the Senate.

Senators on Thursday formed the panel to investigate the charges preferred against the county chief.

Some 37 out of 47 Wajir MCAs voted to impeach him for alleged gross misconduct, gross violation of the constitution and abuse of office.

“In accordance with chapter 6 of the Constitution Article 73, I want to declare a conflicting interest. I happen to have acted against this governor in a petition before the Supreme Court.

“Therefore, for that reason at the time when my name will be called, I'll abstain based on having acted against him,” Orengo said.

Following the Senate standing order 75(1) (b) the Senate may by resolution, appoint a Special Committee comprising eleven of its members to investigate the matter.

The team will have 10 days to investigate and file a report to the house recommending his removal or not. If six out of the 11 members reject the removal, the impeachment bid flops.

However, if the majority endorse the removal, then the case will be subjected to a debate and a vote taken at the end on the floor.

The senators formed the committee despite a spirited effort by Wajir Senator Abdullahi Ali and his nominated counterpart Farhiya Ali, who claimed that the committee route will not offer justice to the people of Wajir.

According to him, when done in the plenary there are no special senators more than others.

Farhiya opined that in the life of the House, it had carried out four impeachments, two through plenary and another through 11 member team.

“The two that happened through committee, there's an allegation that the committee has been compromised and therefore those people were acquitted,” she said.

This was the case with former Kiambu governor Ferdinand Waititu whose impeachment was heard in the plenary.

Lawmakers will convene on Thursday to decide on the mode of impeachment trial.
News
6 months ago
by JULIUS OTIENO Political Reporter
News
06 May 2021 - 19:52