Duo was also charged with four counts of forgery 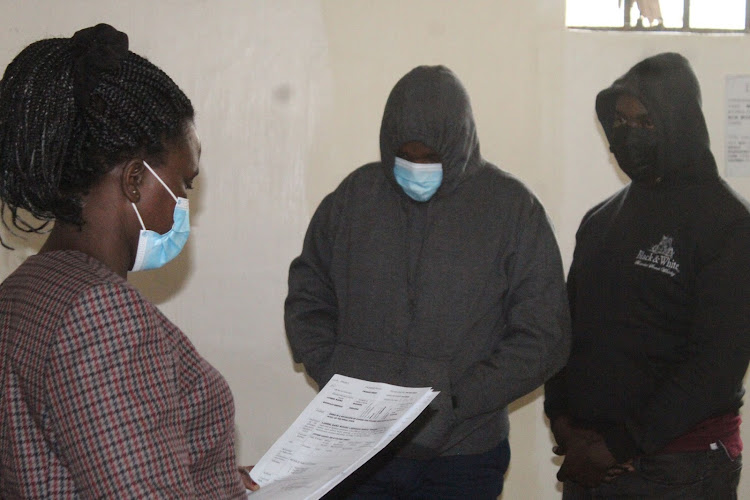 Two businessmen were on Tuesday charged with possession of Sh14 million fake money.

The duo was also charged with four counts of forgery contrary to the penal code, a charge they also denied.

According to the charge sheet, the two committed the offence on April 27 at Makaazi apartment, Kilimani area in Nairobi county.

Yesterday, their lawyer asked the court to release them on a lenient bond term.

Kitagawa released them on a Sh1 million bond or a cash bail of the same amount.

Investigating officer Stephen Kibei had told the court that the suspects were arrested following  reports that they were in possession of fake currencies.

When the police arrived at the house, they recovered six locked steel boxes, several steel safes, two bottles, and a reflective jacket.

The officer also seized Sh6.4 million in 1,000 denominations, five mobile phones, several sim cards, and CDs that have been taken for forensic analysis.

While seeking more days to hold the suspects, the detective said they wanted to liaise with Interpol to ascertain whether they were wanted persons.

But the suspects' lawyer objected to the application on the grounds that it lacked merit.