Team says they have faith in their chairperson Gershom Otachi 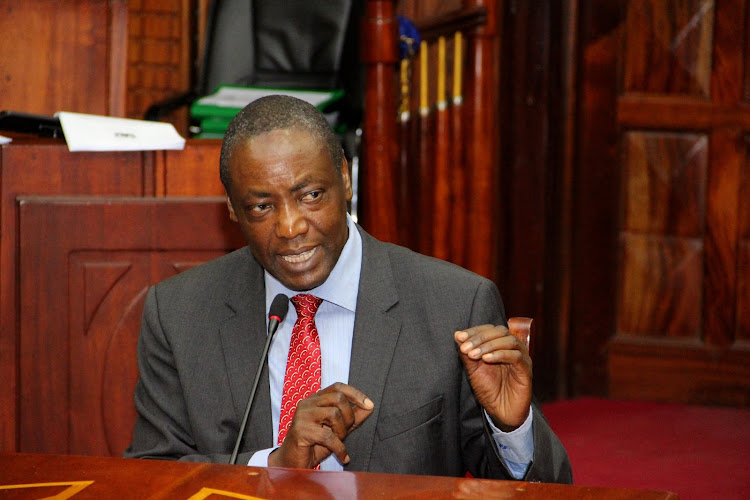 Commissioners at the National Lands Commission have affirmed that the chairperson is not a loner.

The commissioners said they have faith in their chairperson Gershom Otachi and are united.

In a statement sent to media houses signed by eight commissioners, NLC dismissed reports that the team is divided.

“The commission is united in executing our mandate as detailed in the recently launched strategic plan 2021-2026 and the commissioners and the acting CEO have full confidence in the chairperson,” read part of the statement by the NLC.

The NLC further dismissed allegations that the commissioners are plotting a vote of no confidence against the chairperson.

The commissioners, who held a meeting yesterday, were reacting to reports that they were engaged in internal fights over payment of multi-million shillings as compensation for land that is being acquired by government for infrastructural projects.

Earlier, the commission had explained that it had put in place a governance structure with fusion of technical skills and policy oversight from the secretariat and the commissioners.

Acting CEO Kabale Arero said the commissioners were working harmoniously but blamed a few individuals who are hostile to the commission’s operations and cohesion for propagating falsehoods.

The acting CEO said some individuals were unhappy that the commission had sealed loopholes that could have been exploited to siphon public funds.

The Ag. CEO confirmed that through the “One  Government” approach, the commission successfully executed payments of land compensation amounting to nearly Sh17 billion for the Nairobi-Naivasha Standard Gauge Railway phase II.

Arero said the commission has further instituted rigorous processes of checks in the accurate valuation of compulsorily acquired lands, and through inquiries determined the authenticities of all claims of proprietorship and the speedy and accurate resolutions of disputes.

The commission Arero said, has also gone through significant culture change from the old order.

A section of local media had recently reported that there were allegations of a fall out between the chairman and the commissioners.

She also challenged the press to decipher truths from falsehoods and ascertain the authenticity of information they are given before publishing them.