• Of the cases recorded Tuesday, 339 are Kenyans while six are foreigners, with 195 being males and 150 being females. 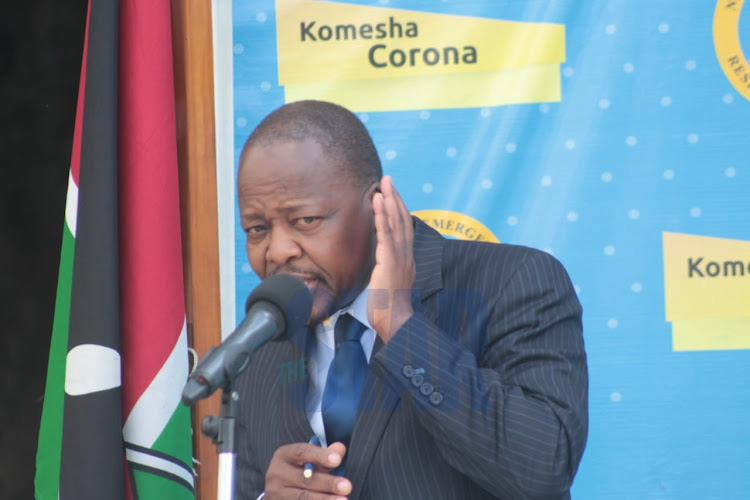 Kenya's Covid-19 positivity rate on Tuesday dropped to 5.2 per cent after the country recorded 345 new Covid-19 cases from a sample size of 6,686 tested in the last 24 hours.

On Monday, the positivity rate stood at  8.3 per cent.

Of the cases recorded Tuesday, 339 are Kenyans while six are foreigners, with 195 being males and 150 being females.

Age-wise, the youngest is a two-year-old baby while the oldest is 94 years old.

In terms of recovery, 140 patients have recovered from the disease, with 82 from home-based and isolation care while 58 are from various health facilities.

The total number of recoveries in the country stands at 109,217 with 79,525 from home-based and isolation care while 29,692 are from various health facilities.

The country lost 24 patients to the disease with one having occurred in the last 24 hours, bringing the total number of fatalities to 2,805.

Fifteen deaths occurred on diverse dates within the last one month, while eight are late deaths conducted from facility record audits.

A total of 1,230 patients are currently admitted to various health facilities countrywide, while 6,654 patients are on home-based isolation and care.

154 patients are in ICU, 26 of whom are on ventilatory support and 101 on supplemental oxygen. 27 patients are on observation.

Another 117 patients are separately on supplementary oxygen with 109 of them in general wards and eight are in High Dependency Unit.

As of Tuesday, a total of 894,076 people have so far been vaccinated countrywide

Nyeri, Tharaka Nithi, Vihiga and West Pokot have two cases each while Bomet, Bungoma, Kirinyaga, Kisii, Makueni and Migori have one case each.