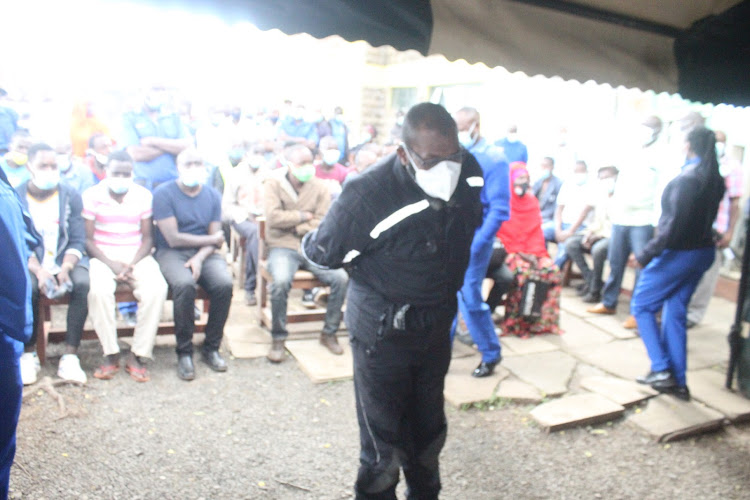 A businessman was on Tuesday charged with failure to secure a firearm licence.

Juma Mohamed Motha was arrested after police officers, who accompanied auctioneers on a recovery mission, found a pistol in his home.

He was charged with negligently and without reasonable cause, failing to secure the pistol contrary to the Firearms Act at his home in Lavington, Nairobi, on March 4 last year.

Motha was also charged before Kibera senior resident magistrate Renee Kitagwa with  another count of unlawful possession of a firearm because police allegedly found an airgun in his house, which he did not have a license to hold.

During investigations, the  police wrote to the Firearms Licensing Board about the legality of the firearm licensing certificate for firearms held by Motha and was found to be genuine.

Police report says the accused was only licensed for the pistol but he reportedly told police that he inherited the airgun from his grandfather.

He was also charged with being in possession of a firearm imitation after he was found with a plastic AK47 rifle.

The firearms are said to have been found in drawers in his house as auctioneers executed a court order over a debt of slightly over Sh1 million he owed a businessman.

He denied the charges and was released on Sh100,000 bond with a surety of similar amount and an alternative cash bail of Sh100,000.

The case will be mentioned on May 17 for setting of hearing dates.