• Its alleged that between April 14 and 22 within Nairobi, he, jointly with others not before court, conspired to kill a witness.
• The witness is the complainant in both the gang rape case and the conspiracy to murder case. 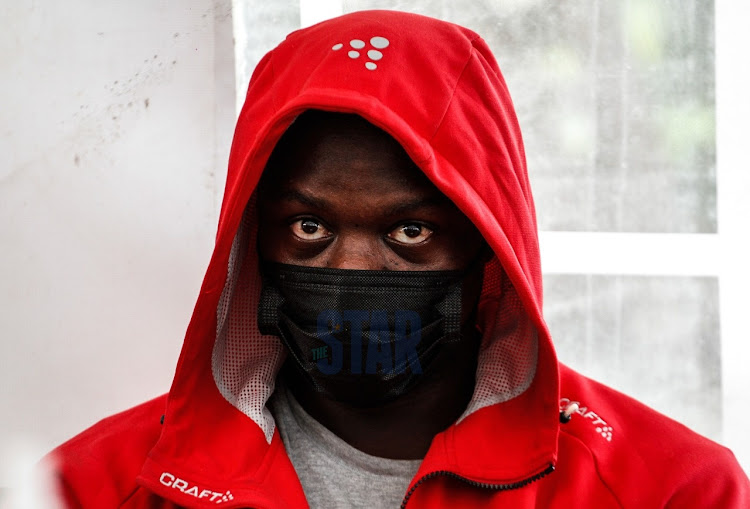 Former rugby player Alex Olaba will Tuesday know whether he will be released on bail after denying claims of conspiring to kill a witness in his gang rape case.

Olaba appeared on Monday before chief magistrate Francis Andayi and denied the charge.  Its alleged that between April 14 and 22 within Nairobi, he, jointly with others not before court, conspired to kill a witness.

The witness is the complainant in both the gang rape case and the conspiracy to murder case.

Olaba also faced a second charge of conspiring to defeat justice. The prosecution said on April 22 that he interfered with the trial process in the gang rape matter by attempting to cause the death of the witness.

The prosecution opposed Olaba's release on bail, saying he is likely to interfere with state witnesses, especially the complainant.

"Olaba may interfere and ensure she does not appear in court to testify," it said.

Andayi said he will rule on the bail application at noon on Tuesday.

At the same time, prosecutor Eve Onunga asked a different court where Olaba is facing the gang rape charge to cancel his bail. Olaba had been released on Sh300,000 bail. The prosecution asked the court to cancel the bail term because he has committed an offence while out on bail.

"Olaba cannot enjoy his liberty when the prosecution key witness life is at risk," Onunga said.

The prosecution asked the court to have Olaba remanded at Industrial Area Prison until the gang rape case is heard and determined. It also made an application to have the matter heard in camera.

"We are seeking for protection of our key witness in this case, whose also the complainant in conspiracy to murder case facing the accused," the prosecution said.

Magistrate Zainab Abdul said she will deliver her ruling on the cancellation of bail on May 10.