Siaya on alert as 29 inmates test positive for Covid-19 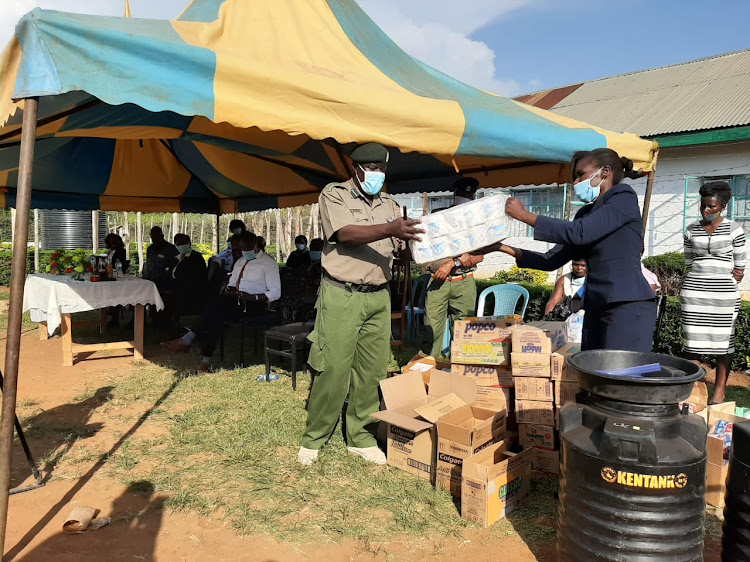 Siaya county is on high alert after 29 inmates at the Siaya GK prison tested positive for Covid-19.

On Sunday, the county health management team, led by the Health Executive Dismas Wakla  met the leadership of the correctional facility at the county headquarters.

Star has established that the Sunday meeting was a follow up of a consultative and planning meeting between health department and prison leadership  to come up with clear strategies for handling the situation which may require clinical management at the county hospital isolation unit.

The meeting was also to consider all measures necessary for containing the situation.

The cases at the prison were among the 34 positive cases reported in the county on Friday out of 63 samples tested.

Siaya GK prison officer in charge Joseph Mwalo told the Star on Sunday that  inmates  who tested positive for Covid-19 were being isolated at the facility.

"Yes we have the Covid-19 positive cases confirmed at the correctional facility. We are however holding them in an isolation area within the prison," he said.

Siaya has since March last year to date reported 922 positive cases  out of  13,308 samples tested. Siaya has so far lost 23 people to the virus.

According to the county's  latest Covid-19 situation report seen by the Star,  Siaya has currently one patient in facility isolation, 137 cases in home-based care with  9,293 people already vaccinated.

The Health CEC was unavailable for comment but a source from the county health management team told the Star that tests conducted last Thursday were largely targeting Siaya prison.

According to the source, a team from health department visited the prison on Friday morning to assess the situation. The facility  has 392 inmates.

The Star has further established that the 29 inmates who tested positive for the virus were among the 64 newly admitted inmates who were still being held in quarantine area pending testing hence they had not mingled with the others.

Our source at the  facility who spoke on condition of anonymity because he is not authorised to speak to the media said the prison has a nurse who assists in the management of cases at the facility.

"For critical cases which may require clinical management at hospital isolation unit, there are logistical and security concerns that were identified," the source said.