Lake is under threat due to an influx of illegal fishermen 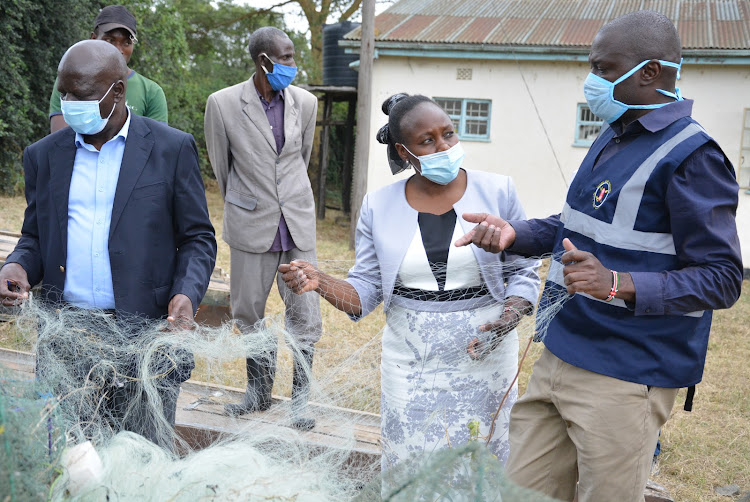 Stakeholders around Lake Naivasha are now warning that the fisheries sector that supports hundreds, could collapse in the coming months due to an increase in the number of illegal fishermen.

This emerged when a special unit formed to patrol the lake burnt illegal fishing gear worth over Sh1 million that had been recovered from Kihoto area.

Naivasha subcounty commissioner Mutua Kisilu admitted that the lake was under threat due to an influx of illegal fishermen in the last one year.

Mutua was however quick to warn that the State was ready to protect the fisheries sector from illegal groups.

“We have embarked on the process of kicking out these gangs and we have managed to recover nine boats, over 1,000 illegal nets and nabbed five suspects,” he said.

Addressing the press after burning the illegal fishing gear, the commissioner added that the operation would continue across the water body.

He admitted that the Covid-19 pandemic had pushed the youths into the lake noting that they would make sure that the water body was protected by all means.

Naivasha subcounty administrator Samuel Wamae said the county government was keen to support the fisheries sector around the lake.

He noted that the sector which employed over 60,000 people directly and indirectly faced a major threat due to the illegal fishing.

“We fear that the fisheries sector could collapse in the next four months if the illegal fishing is not addressed,” he warned.

Wamae noted that the county had pumped over 100,000 fingerlings into the lake but the young fish faced challenges due to use of undersize nets.

“We are working with officials from the national government in containing these illegal fishermen who are using undersize nets and hooks,” he said.

Subcounty fisheries officer Nicholas Kagundu said the ongoing operation would be spread to all the landing beaches.

He noted that efforts by the county to restock the lake were under threat due to increased cases of fishing on breeding grounds through the use of illegal nets.

“The nets recovered during the operation have all been banned by the government and we shall continue with the operation until we get rid of all of them,” he said.