• Based on the extent of the condition, he had to undergo an arthroplasty to have his elbow replaced

• Njoroge is among rare cases of elbow arthritis reported in Kenya, but experts have raised the alarm that the cases might be on the rise in the country. 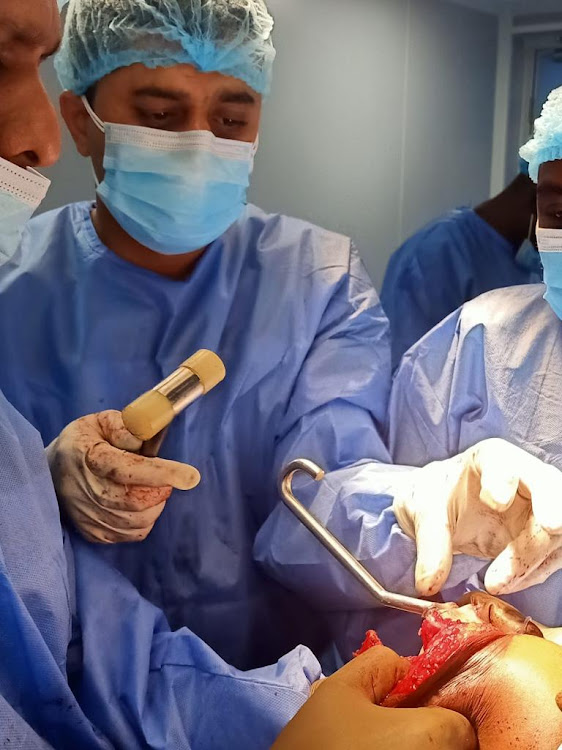 Samwel Ngoroge started feeling pain in his hand last year while at work.

For several weeks, the 57-year-old supervisor at the Nairobi Metropolitan Services visited different hospitals, was given painkillers, but did not get better.

The father of three from Murang’a county thought he was headed for early retirement.

“At NMS, what I do involves writing and talking to people. I could barely do my own daily duties while at home,” Njoroge said.

He decided to go for an x-ray. The results showed that he had elbow arthritis. This rare joint inflammatory disease would have resulted in an amputation.

Advised to seek surgery in India, he could not travel due to financial constraints. Besides, a surge in Covid-19 cases in India has forced many hospitals to cancel elective surgeries to attend to emergencies.

Njoroge sought help in Kenya and thanks to doctors at the Mediheal Hospital, he had a successful surgery and is now recuperating at the facility.

Njoroge's is among rare cases of elbow arthritis reported in Kenya, but experts have raised the alarm that the condition could be on the rise in the country.

Dr Kartikeya Joshi, a senior orthopaedic consultant at the Mediheal Hospital and part of the team of surgeons who operated on Njoroge, said they get two patients every two to three months.

“We get these elbow arthritis patients. We have commonly seen patients who present with post-traumatic arthritis; that is, they had trauma before and because of the complexity of the fracture after fixation they develop arthritis,” Joshi said.

“In the last two to three month we have been getting five patients with elbow arthritis and they have taken all the means of treatment like medications and they have been dealing with this problem for a long time in form medications, physiotherapy and all kind of massage and some local traditional treatment has been taken without change.”.

Joshi said that elbow arthritis is rare compared to hip and knee arthritis. 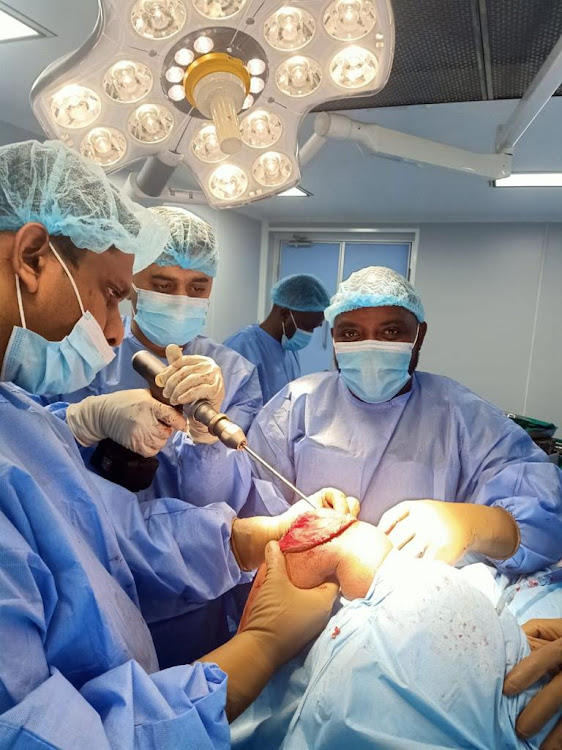 First, an x-ray is conducted to ascertain the extent of the condition.

The surgery is performed under general anaesthesia after getting consent from the patient.

During the procedure, the doctors open the joint, remove the inflamed part of the elbow and give the patient appropriate parts at the appropriate level. 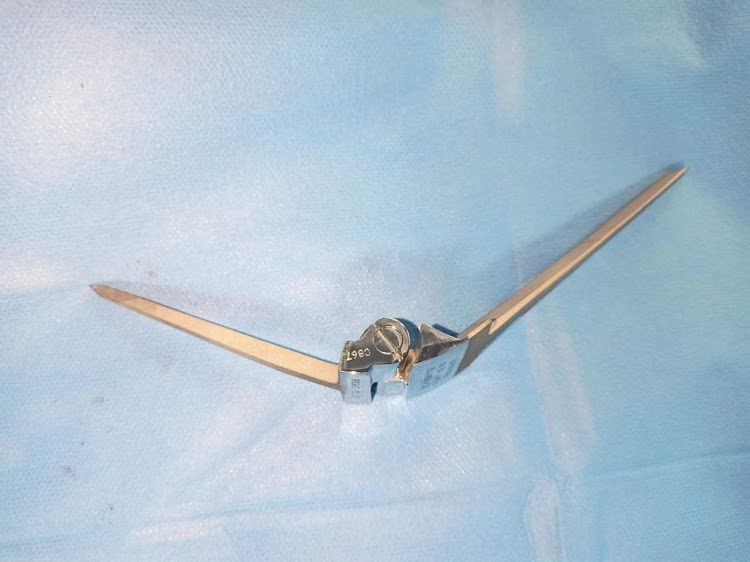 The metallic implant used in the elbow replacement

Travelling to India would have cost Njoroge between Sh1.5 million to Sh2 million. It cost him just Sh400,000 at Mediheal, and the bill was paid by NHIF.

Dr Joshi said the cost varies depending on the implant the patient chose. The more modified implants cost higher than others.

“The advantage of the surgery is that once the inflammation and the pain subside the patient can start performing his daily activities. There are few restrictions that we tell patients for example we tell them to avoid heavy activities. This surgery is for pain relief and to achieve a range of motion.”

There can be various causes of elbow arthritis, predominantly being inflammatory followed by posttraumatic and osteoarthritis.

The sucessful surgery at Mediheal Hospital is expected to provide great relief to the people of Kenya and Sub Saharan Africa.

“In coming time, just like Scandinavian countries, oceanic countries, Central Europe and the US, we will see more of the total elbow replacements done in this part of the world particularly in Kenya. We hope this will surely bring a good relief to needy patients.”