Second Covid-19 jabs to be administered from June

Delays have been occasioned by global vaccine shortages and decision by India- which is battling a deadly second wave of coronavirus- to prioritise the vaccination of its own people.

A huge number of people had been scheduled to take their second dose of the vaccine from mid May. 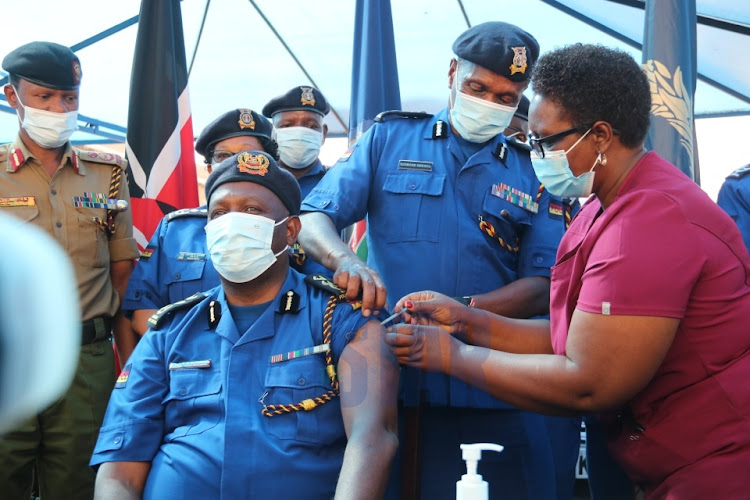 First recipients of the second Covid-19 vaccine will get the jabs in the first week of June, Health Cabinet Secretary Mutahi Kagwe has said.

Kagwe said the delays have been occasioned by global vaccine shortages and decision by India—which is battling a deadly second wave of coronavirus—to prioritise the vaccination of its own people.

The Serum Institute of India, which is the largest vaccine manufacturer in the world, has been unable to meet the global demand for the drugs.

The CS, in submissions to the Senate's Health Committee, said the global vaccine shortages “are beyond Kenya and indeed Covax.”

“While considering the global shortages, the Ministry of Health has revised the duration between the administration of the first dose and the second dose from eight to 12 weeks,” Kagwe stated.

A huge number of people had been scheduled to take their second dose of the vaccine from mid May.

Kagwe added that the ministry had taken into consideration guidance from the World Health Organisation and scientific evidence which shows taking the second dose at 12 weeks provides a higher immune response.

“This will ensure that we fully vaccinate the entire adult population by the end of June 2022,” he added.

Kenya received 1,020,000 doses of AstraZeneca vaccine from Covax on March 3 as in in-kind contribution.

In addition, the government received a donation of 100,000 doses of the same vaccine from the Indian government.

According to Kagwe, the total number of persons vaccinated stands at 853,081 as of  April 17.

He added that Covax has already informed Kenya of the delay in the shipment of 2.5 million out of the 3.5 million doses of AstraZeneca to the country.

He further said the ministry is in touch with Covax and they have informed them that the shipment to Kenya should be received during the month of May.