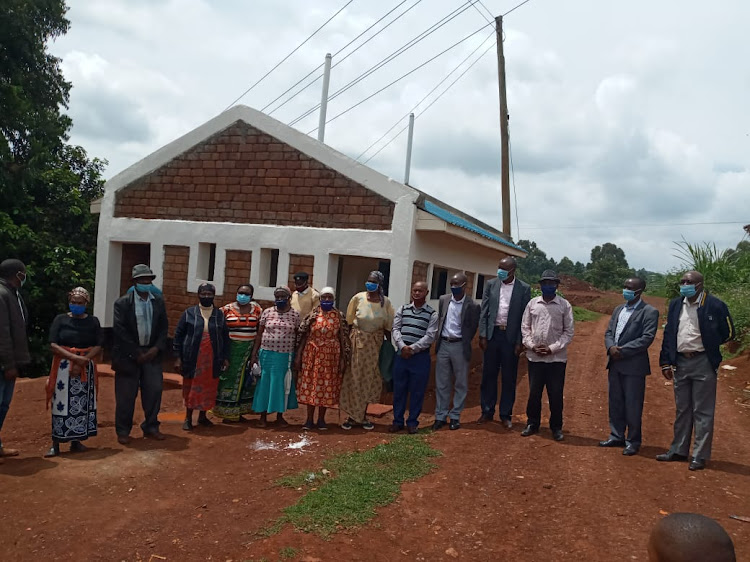 Residents of Kibarage village in Kiambaa, Kiambu county, have thanked the government for constructing a public toilet in the area.

Previously, residents queued to relieve themselves in one toilet which was almost full.

The government, using labour from youths under the Kazi Mtaani programme, built the new toilet at a cost of Sh1 million to improve hygiene in the area.

Florence Wanjiru said the completion of the toilet brought relief to residents who suffered so much before the inception of the National Hygiene Programme initiated in May last year by President Uhuru Kenyatta.

The aim was to cushion young people who had lost their jobs due to the vagaries occasioned by the Covid-19 pandemic.

The block has eight toilets, four for men and the others for women.

The youths dug the toilet, made the bricks used and did the masonry work.

John Wangai told Kenya News Agency they were happy to host friends and relatives as they had a decent facility that they could use comfortably.

"Initially, we felt embarrassed if a visitor using the busy Western by-pass asked to be assisted because it meant we would take that person to the dilapidated toilet that was almost full," Wangai said.

The villagers also thanked Kiambu Governor James Nyoro for green water to be used at the facility.

Ann Wangui said they clean the toilets in turn.

“We cannot pay anyone or a cleaning company to do it for us since some people will not afford to pay for the service and that is why we clean it ourselves on a rotational basis,” she said.