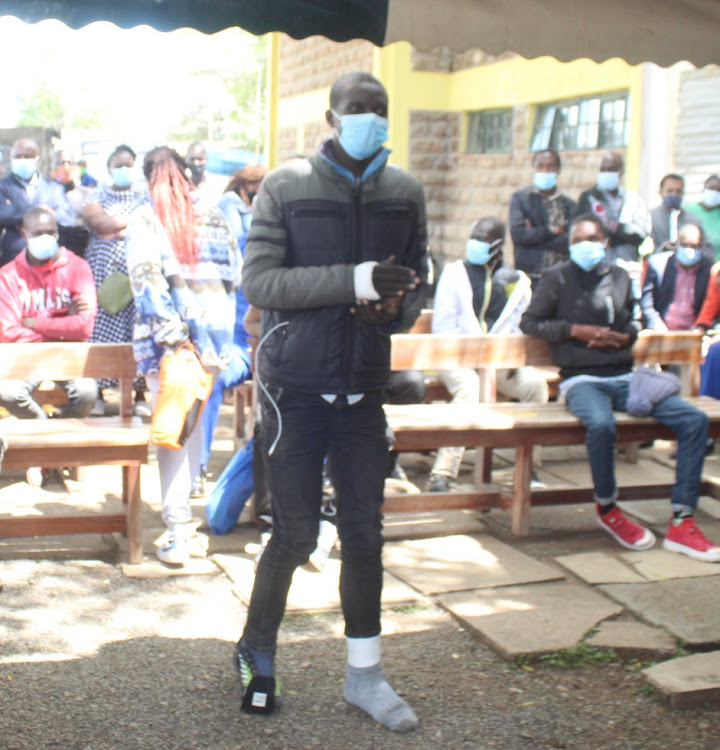 A boda boda operator has been charged in connection with rape cases reported by various passengers in Upper Hill within Nairobi county.

Nicholas Otieno Okwiro was charged with committing the offence against CM on April 5 within Upper Hill area in Nairobi.

The woman had reportedly boarded the motorcycle at the city center to Ongata Rongai but the accused allegedly changed the destination and diverted towards Upper Hill.

There, it is claimed he threatened her warning her against screaming and further cut her finger to warn her of dire consequences is she calls for help.

After undergoing the ordeal and being left alone in the area, the victim managed to locate Capital police station and led the officers to the scene.

Days later police camped in the area and managed to spot the accused as he attempted to assault another female passenger who was heading to Embakasi.

The matter was reported and the accused was linked to the claims after an identification parade by victims.

Court prosecutor Allan Mogere told the court on Friday that one of the victims got some infectious disease and it was in order for the suspects samples to be taken for analysis.

Mogere also told the court that the accused had faced other rape charges at a Kibera court and called for harsh bond terms against him if the court decided to do so.

Senior principal magistrate Phillip Mutua  granted the accused a Sh500,000 bond or a cash bail of Sh300,000 after he denied the charges.

The matter will be mentioned on Monday.