• Education, health, and environment projects lined up in the new Covid response plan. 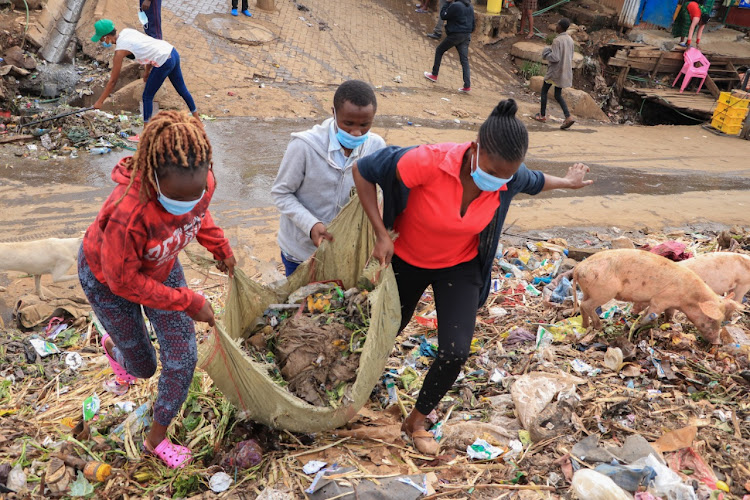 President Uhuru Kenyatta’s administration has proposed a Sh26.6 billion budget in the next financial year to beef up the Post-Covid19 Economic Stimulus Programme unveiled last year.

Treasury, in estimates tabled in Parliament on Thursday, has sought to provide Sh8.6 billion of the cash towards enhancing the liquidity of businesses.

A further Sh6.4 billion has been allocated for the education sector – ostensibly for the purchase of desks and retention of teachers who were hired to address shortages in schools.

Also allocated in next year’s budget is Sh1.97 billion for improving agriculture and food security under the economic stimulus programme.

Treasury has also provided Sh1.2 billion for the recruitment of health interns and Sh1 billion for Kenya Wildlife Services to engage community scouts.

In the current fiscal year, the government unveiled a Sh54 billion stimulus package of which Sh19.5 billion was intended for development.

Some Sh36.7 billion was set aside for recurrent expenses – meaning more money in the pockets of wananchi.

The government outlined hospital, schools, roads, and water projects which were to use local labour for more youths to get jobs.

The government thus set aside Sh10 billion for hiring 100,000 youths for menial jobs in Nairobi, Kisumu, Mombasa, Nakuru, Eldoret and other towns.

Plans for 300 secondary schools at Sh2.1 billion were included in the package to increase space for learners.

The stimulus package also had a provision for 250,000 locally fabricated desks for secondary schools which were to be supplied at Sh4,000 each.

At least 1,000 ICT interns were to be hired to support digital learning in public schools at a cost of Sh300 million.

President Kenyatta’s administration further sought to recruit 5,000 interns – who were to earn Sh20,000 per month, to boost the capacity of various hospitals.

There was also a proposal for 20,000 beds for public hospitals at Sh500 million as well as 50 modern walk-through sanitisers at border points and hospitals at Sh25 million.

There was also a bid for Sh900 million for water projects including wells, water pans and underground tanks in ASAL areas.

Other interventions were to be on rainwater harvesting, community irrigation, flood control and tree planting in schools.

At least 200,000 small-scale farmers were to get subsidies on farm inputs through the e-voucher system at a cost of Sh3 billion.

The government is yet to give a status report on how the programmes were executed after MPs approved the budget.

The Budget Committee in its review of the current Budget Policy Statement sought an updated status report from the Treasury on the allocations.

The team chaired by Kieni MP Kanini Kega criticised some of the provisions saying the interventions were presented in a manner that is too broad and general.

“This makes it difficult to accurately demarcate the economic recovery stimulus projects.”

“It is the hope of the committee that the National Treasury will provide a detailed document on the Post-Covid ERS with clearly identified projects and expected outcomes when it submits the budget estimates in April 2021,” the committee said.