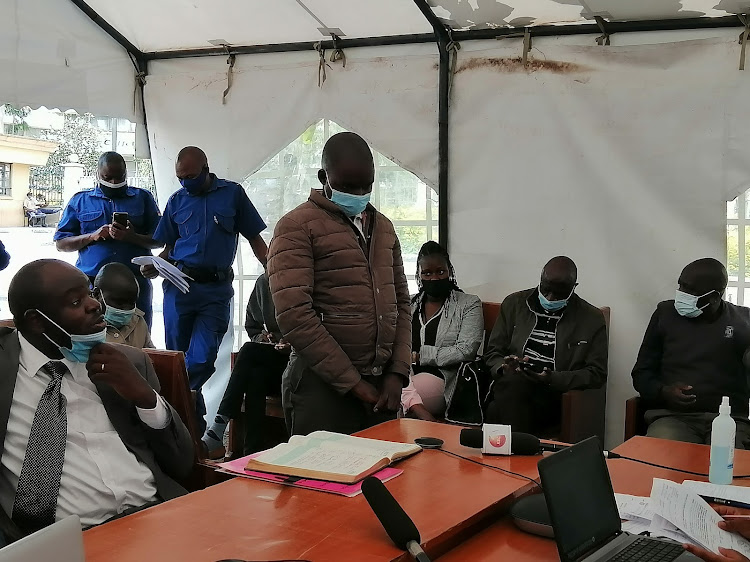 A taxi driver has been jailed for three months for attempting to illegally obtain Covid-19 test certificates.

Andayi ordered him to serve the sentence or pay a fine of Sh10,000.

The court heard that on April 13, 2021, five tourists came into the country accompanied by their travel agent, Victoria Vikhonina.

They were to visit Nairobi and Amboseli for eight days. The five were to leave the country on April 21. However government regulations required them to get Covid-19 test certificates.

On April 21, the travel agent contacted Mutuku, with whom she is acquainted, and requested him to do Covid-19 bookings at Amref clinic for five clients. She sent him their passports.

Mutuku went to Amref Medical Centre, Wilson Airport, filled the forms and paid for the bookings. The agent did not ask him to pay only to book.

The same day in the afternoon, Vikhonina called Mutuku and told him to cancel the bookings as it was too late to get to Nairobi.

The agent organised for another test at Lancet where the five were tested and given certificates.

Mutuku went to Amref and asked for a refund and cancellation of the bookings.

He was told the money could not be refunded.

Mutuku then went and looked for five people whom he took to Amref on April 23 to get the Covid test.

The hospital personnel grew suspicious and when the five realised this they fled, leaving Mutuku alone.

The management of Amref and G4S escorted him to Langa'ta police station together with booking forms.

The five tourists were stopped from travelling out of the country.

In his mitigation, Mutuku said he was remorseful. The accused said he is a family man and the sole breadwinner.

“The five people of African descent were brought in good faith to utilise the amount I had used for five Belarusians since Amref was not going to refund. I didn't want to injure any person. I just wanted my money back,” he told the court.