Say more funds should be channeled to TVETs to promote the development of quality skilled human resource. 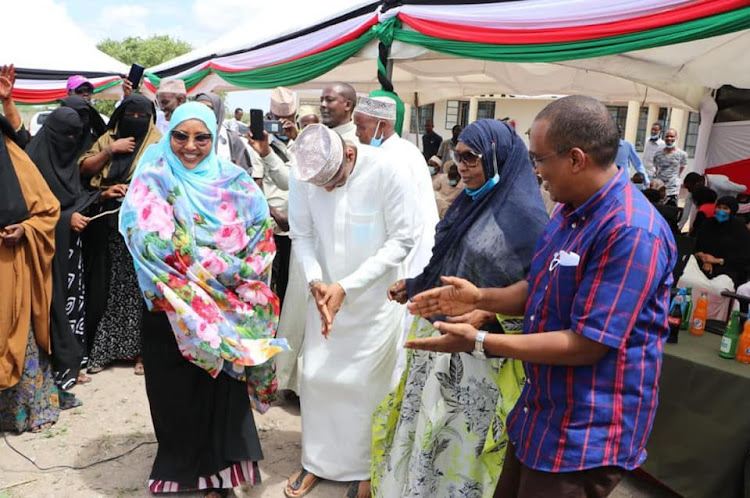 TVET Ijara MP Sophia Abdi (left) with other leaders during the official opening of the Ijara Technical and Vocational College.
Image: STEPHEN ASTARIKO

Senators want the capitation for technical and vocational education and training institutions increased from Sh15,000 to Sh25,000 to cover inflation.

Members of the Senate Education committee argued that more funds should be channeled to TVETs to promote the development of quality skilled human resource needed for growth and prosperity of various sectors of the economy.

Nominated Senator Agnes Zani said a proposal by Nyandarua county—which had appeared before the committee—that capitation be increased considerably was in order.

“It is an issue that the committee and the Ministry of Education should address. We need to work together to see to it that the capitation to TVETs is increased significantly,” she said.

On Thursday, legislators also recommended the harmonisation of technical examinations executed by various bodies so that one institution is charged with the responsibility.

Nyandarua Governor Francis Kimemia said examinations are offered by different bodies and thus similar courses are examined differently, a situation he said may compromise the quality of training.

He said fees charged for examinations are varied for different examination bodies and are relatively high.

“Technical examination fees should be harmonised. The national government should consider offsetting examination fees charged by the examining bodies just like in primary and secondary schools,” Kimemia said.

He said artisan courses should be left to polytechnics and craft and diploma courses for VTCs.