Roba has pledged to tirelessly champion the rights of workers.

He is serving his third term.

John Ndunda was the elected Deputy General Secretary with 258 votes.

Tom Kangethe was elected the National Treasurer with 226 votes while Mercy Muthoni was elected National Women Representative after getting 280 votes.

Roba has welcomed his re-election and pledged to tirelessly champion the rights of workers. 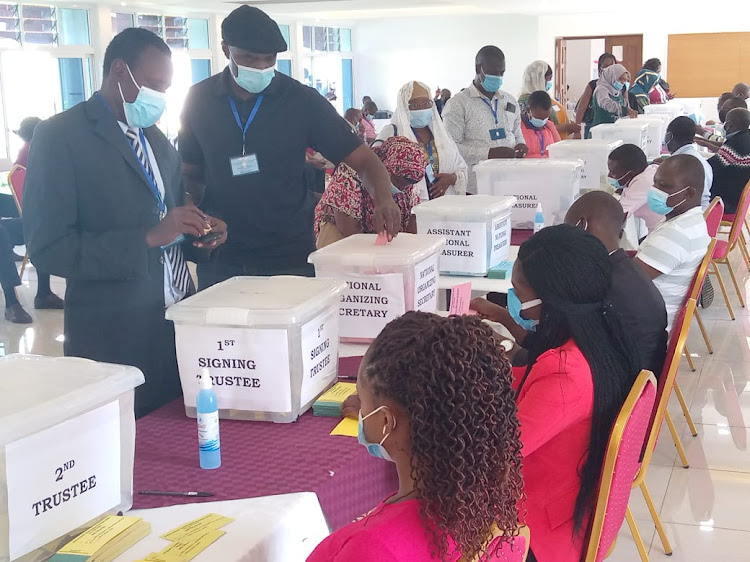 He also extended an olive branch to his competitors saying that they should work together for the common goal of workers.

Roba recalled that there were constant threats on his life but thanked God that they managed to overcome those obstacles.

He also cited numerous court cases that led to the delay of the elections.

"Workers have decided on the leadership they want. It is now time that we put our differences aside and unite for us to achieve the objective of the union," Roba said.

Chebet accepted the defeat and pledged to work with Roba in fighting for the worker's welfare at the Nairobi water branch as the Secretary.

"Workers have spoken and their decision is final. I am ready and going to work with the elected Secretary General. I will support him," Chebet said