Raila said that It is time for the nation to embraced love and peace.

• Raila said that they had a thoughtful discussion with the elders which was about moving the country forward, and not on the patchy path of tribal lines.

• In 2020, Kikuyu elders signed a Memorandum of Understanding between them and their Luo counterparts. 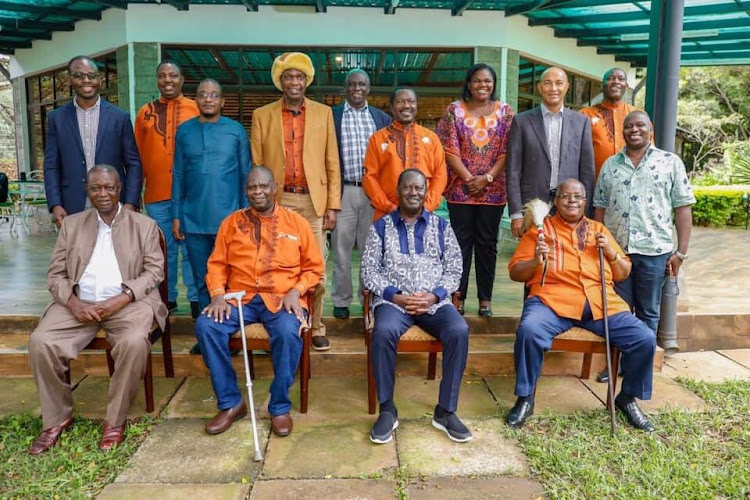 ODM leader Raila Odinga held a consultative meeting on Friday with the members of the Kikuyu Council of Elders led by their chairperson Wachira Kiago at his home.

Raila said that they had a thoughtful discussion with the elders which was about moving the country forward, not on the patchy path of tribal lines that have and continue to occasion annihilation.

Following the meeting, Raila posted through his Twitter account that for decades, Kenyans have been sold fear.

“It is time that as a people and a nation we embraced love and peace. This is the journey we are embarking on,” Raila said.

The ODM leader has asked Kenyans who are willing to join his team as they sit down and talk candidly to do so. 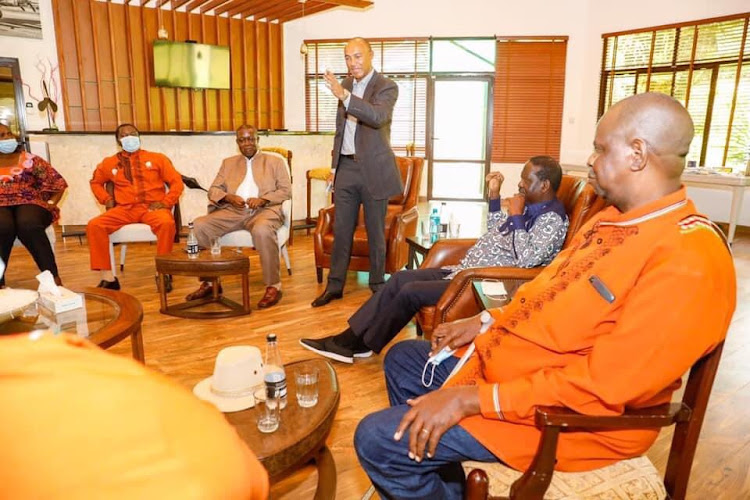 Last year, the Kikuyu elders signed a Memorandum of Understanding between them and their Luo counterparts when the elders and politicians Raila’s home in Bondo, Siaya county.

In November 2020, the Kikuyu elders said the Memorandum of Understanding that was signed was sincere and should not be doubted.

Wachira had said that the deal will improve peace for economic development in the country, as the unity between leaders is expected to give a political direction in the country.

The chairman said the MoU will enable them to achieve big dreams in the country and this is expected during the Building Bridges Initiative (BBI) referendum and the presidential race in the 2022 General election.

“There is nothing which can stop us from achieving our big dreams if Kikuyu and Luo's communities are united. A lot of development progress would be realised,” Kiago said.

Our MoU with Luo counterparts is sincere - Kikuyu elders

The MoU was singed last month when the elders and politicians toured the home of ODM leader Raila Odinga in Bondo.
Counties
5 months ago
by KEVIN CHERUIYOT Online Journalist
News
30 April 2021 - 17:45