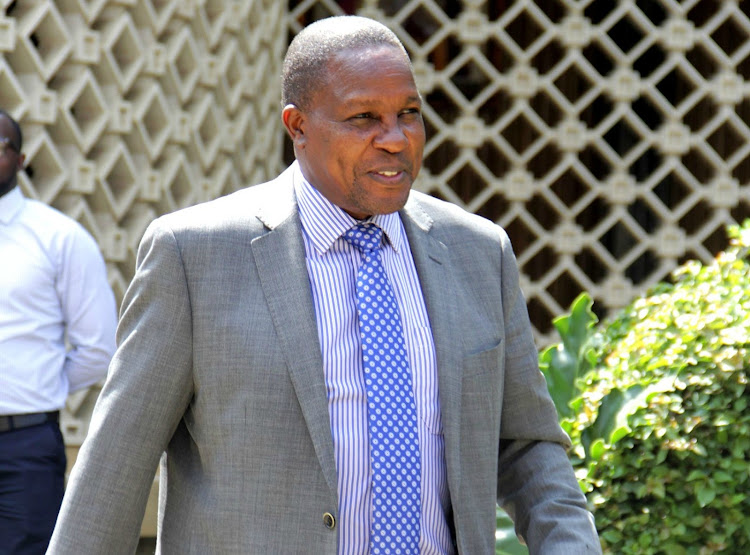 Activist Okiya Omtatah has challenged the decision by the Parliamentary Service Commission to reappoint National Assembly Clerk Michael Sialai after his retirement.

Sialai, who is set to retire next month after hitting 60, has allegedly been reappointed on a 14-month contract.

Omtatah has asked the court to stay the PSC decision until his case is determined.

“Pending the inter-parties hearing and determination of this Application, there be an interim order of stay of the appointment of the 2nd Respondent as the Clerk of the National Assembly with effect from 26th May, 2021 to 31st July, 2022,” the petition reads.

On Thursday Employment and Labour court judge Maureen Onyango certified the matter as urgent and set the hearing for Thursday next week.

Omtatah wants the court to stop Sialai from assuming the clerk's office when he formally retires at the end of next month.

The activist argues that PSC has violated the law by appointing Sialai on contract without the approval of the House.

“The impugned appointment of Sialai on contract is unconstitutional and unlawful as it was done without the approval of the House and will take effect a day after he attains the 60 years’ mandatory retirement age in the parliamentary service,” reads court papers.

He argues that quashing the appointment will not create any crisis in the officer of the clerk because the PSC can appoint one of the two deputies in acting capacity.

Omtatah says he has been waiting for the PSC to start competitive recruitment for the position by announcing the vacancy but it has not.

This, he says, made him curious and upon interrogation, he found out that Sialai had been reappointed illegally.

Omtatah has dismissed the PSC’s explanation that it was retaining Sialai out of necessity to enable a smooth transition in light of the proposed constitutional amendment, saying it is baseless.

In a letter dated April 7, 2021, PSC through J M Nyangene said it had resolved to reappoint Sialai on contract basis upon his retirement on May 25, 2021.

According to the letter, the commission says it is reappointing him in order to discharge efficient and effective services and assist the commission to undertake the relevant programmes to promote the ideals of parliamentary democracy as contemplated in Article 127 of the Constitution

The PSC says the process to recruit a new clerk of the National Assembly will begin in February next year.