Hell will freeze over before most Kenyans accept cremation

• Some factors that stand in the way of cremation include religious considerations, cost  and lack of exposure that makes one amenable to new ideas. 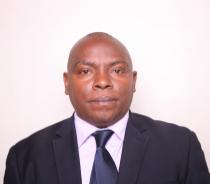 Cremation is not African. It was generally viewed in a bad light because the burning of bodies was practised as punishment meted out to people like criminals.

However, the perception about the practice continues to evolve over time because of the slow process of culture change.

The snail-paced process of culture change suggests it will take longer for attitude change towards cremation and for it to be accepted widely.

You know changes through culture loss, dilution and through intermediate contact where people from different cultural backgrounds meet. In the case of  Kenyan society, the cremation practice has Asian origins.

Indians and people of Asian origin came to this country for railway line building. As they settled and lived with us, they did not abandon their religion and way of dealing with their dead.

Over time, society - by way of interacting with the Asian community through social engagement.

So our conservative society is slow to accept cremation. Some of the factors that have held this back include religious considerations, cost of the exercise and exposure, which makes one amenable to new ideas.

I believe acceptance of the practice is a generational issue. Young people are not largely religious or at least held back by religious conservatism.

So I think in future, in addition to cost considerations and limited space for burial, there will be an uptick of the practice among the younger generation. The continued mushrooming of urban centres with sustained rise in rural-urban migration among the young people will make this uptick even faster.

Urbanisation and industrialisation in this country will mean that most young people will have means to afford it and develop different thinking, freer from the cultural conservative beliefs.

But I can’t tell you how long this will take. You know young people are pragmatic thinkers, but if you still retain your religious beliefs, however long it takes. then they’ll remain anti-cremation.

The University of Nairobi sociology lecturer spoke to the Star