• The community has more than 100,000 members living along escarpments and near forests in Trans Nzoia, West Pokot and Elgeyo Marakwet counties.

• Lawyer Kaira Nabasenge representing the community said they were seeking official recognition. He said for many years the government had infringed their rights as an indigenous community, including the right to access and live in forests. 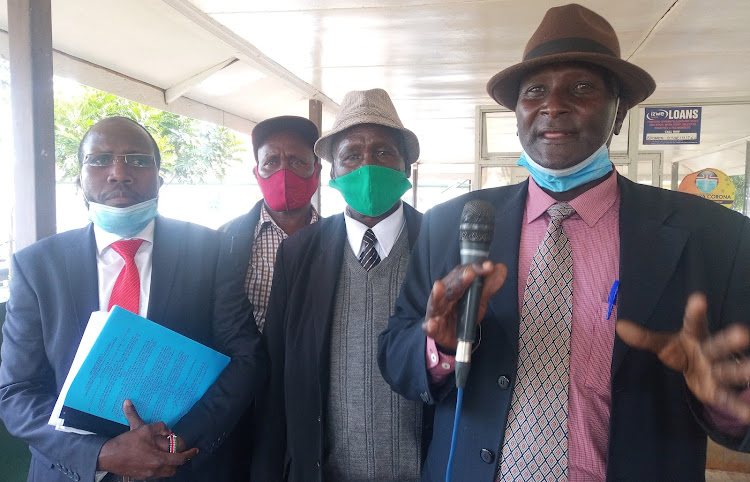 The Cheranganyi community in North Rift on Friday petitioned the High Court in Eldoret seeking recognition as an indigenous and marginalised community.

They said they are forest people who have been evicted, abused and denied their right to access and live in forests and worship at their shrines.

They went to the Environment and Lands Court, which will set a date for hearing.

The community has more than 100,000 members living along escarpments and near forests in Trans Nzoia, West Pokot and Elgeyo Marakwet counties.

Lawyer Kaira Nabasenge representing the community said they were seeking official recognition. He said the government had for many years infringed on their rights as an indigenous community, including the right to access and live in forests.

“Under the Constitution and international human rights instruments, the rights of such groups are well protected. But the Cheranganyi community has suffered due to lack official recognition and respect of their rights," Nabasenge said.

He said said members of the community who are hunters and gatherers had been evicted from forests where they lived. He said they were not able to access their sacred shrines.

“In the petition, they are also seeking compensation for the land from which they were evicted and for infringement on their rights,"Nabasenge said. The community members also complain of lack of proper representation in both the national and county governments,

They want the High Court to compel the IEBC to create a constituency and wards for them so that they are effectively represented and their issues tackled.

“They are a minority group and marginalised, hence, the move to seek their rights through the courts," the lawyer said.

Community elders led by chairman Benson Kenyatta Krop said for many years they had tried without success to address their grievances through the National Land Commission and the IEBC.

Krop said they had hoped their problems would be tackled through the BBI process but their views were ignored.

“Our community has undergone a lot of social injustices especially evictions from  ancestral lands over the years. Despite our efforts to have the issues dealt with we have been ignored. We have gone to the courts for  justice," Krop said.

Even during the National Census, Krop said, members of the Cherarganyi community were always counted but lumped in with the general population. The community comprises a very large  population in the three counties.

Elder Barnabas Kiprotich said they had even presented their community issues on land to the Njonjo Commission but nothing was done.

“We have gone to so many offices seeking our rights but it has not been useless," he said.

The elders said their children had been denied jobs and other benefits by the counties and national government because they are not recognised as a community. The children had also been denied bursaries and scholarships on the same grounds, they said.