Why Supreme Court decision on Ombudsman is wrong, worrying

Had it not ignored Article 59, it would surely have arrived at a different conclusion.

•Under Article 249(1) of the Constitution, all commissions such as CAJ must protect the sovereignty of the people; secure the observance by all State organs of democratic values and principles; and promote constitutionalism 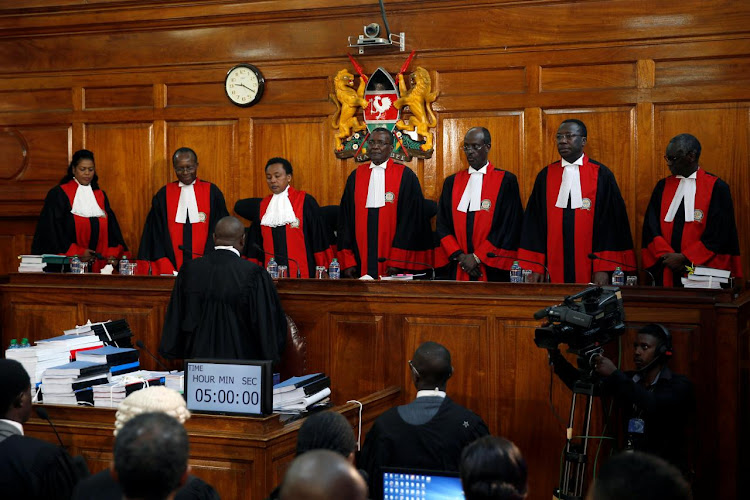 Legal philosopher John Rawls says, “A complaint is a protest addressed to another in good faith” and that a “person’s right to complain is limited to violations of principles he acknowledges himself”.

The Commission on Administrative Justice or the Ombudsman is supposed to be an institution to which complaints about the way a member of the public has been treated by a public administrative agency can be dealt with quickly, effectively and cheaply, in a “complainant-friendly” way. This article is about a court case that is important for how effective the CAJ can be.

Kenya Vision 2030 Delivery Board declined to renew Judah Abekah’s contract as an employee, claiming his performance was below par.

Although the minister, on appeal, renewed that contract, the board declined to allow Abekah back to work.

Abekah complained to the CAJ, which found that the Board had violated his right to fair administrative action under Article 47 of the Constitution.

Accordingly, CAJ recommended that the board should compensate Abekah for the one year lost under the contract and offer him an unconditional apology its treatment of him.

The Board declined to implement those recommendations and Abekah went to court.

But the High Court held that where an organisation fails to comply with CAJ recommendations, the Ombudsman can only report to the National Assembly for proper action under Section 44(4) of the CAJ Act.

Dissatisfied, the CAJ appealed at the Court of Appeal, which disagreed with the first court.

It said that CAJ's options — if its recommendations were not implemented — were not limited to reporting to the National Assembly. Article 254 of the Constitution does not suggest that recommendations of constitutional commissions like the CAJ have no force of law or cannot be enforced by a court of law.

The importance of this case went beyond just whether a particular Board had to pay a particular individual some compensation.

It might affect the powers of all the human rights commissions (there are three), who might try to order public institutions to pay compensation in all sorts of situations. This is no doubt why it went to the Supreme Court, and the Attorney-General sent an advocate to take part in the argument.

That Court reasoned that recommendations can only be “binding” if this is specifically provided by the Constitution or the law.

The court said they could only tell a public insitution how to implement a recommendation of the CAJ if it, in refusing to implement the recommendations, showed “gross abuse of discretion, manifest injustice or palpable excess of authority” and there was no where there is no other “plain, speedy, or accurate remedy”. The board had not been guilty of this.

In my view, this decision by the Supreme Court is wrong and worrying, and has the effect of reducing the effectiveness of the CAJ.

HOW THE CAJ WAS FORMED

Second, and worse, the Supreme Court completely ignored Article 59. This creates a body known as the “Kenya National Human Rights and Equality Commission”. Among the functions of the commission are:

(e)  to receive and investigate complaints about alleged abuses of human rights and take steps to secure appropriate redress where human rights have been violated [unfair administrative action is a breach of a human right];

(f) on its own initiative or based on complaints, to investigate or research a matter in respect of human rights, and make recommendations to improve the functioning of State organs;

(h) to investigate any conduct in state affairs, or any act or omission in public administration in any sphere of government, that is alleged or suspected to be prejudicial or improper or to result in any impropriety or prejudice;

(i)  to investigate complaints of abuse of power, unfair treatment, manifest injustice or unlawful, oppressive, unfair or unresponsive official conduct;

(j) to report on complaints investigated under paragraphs (h) and (i) and take remedial action; and

The Constitution allowed this body to be restructured into two or more commissions, and “each successor commission would have powers equivalent to the powers of the Commission under this Article”.

Parliament did restructure it, into: the CAJ, the National Gender and Equality Commission, and the Kenya National Commission on Human Rights.

Each of these commissions has a separate Act outlining their powers, and functions and how they are structured and run.

WHAT THE COURT DID NOT DO

Surprisingly, the Supreme Court did observe that Section 8 of the Act states the CAJ’s mandate in almost similar terms to Article 59.

Not one word, one phrase, or one clause from Article 59 as such was considered by the court.

For instance, the Supreme Court did not decide what it means for the CAJ under Article 59(2)(e) to “take steps to secure appropriate redress” or to “take remedial action” where the right to fair administrative action has been violated.

Had the Supreme Court not ignored Article 59, it would surely have arrived at a different conclusion. The Supreme Court decision is worrying because of its policy consequences.

Another problem is the courts’ reliance on the CAJ reporting to Parliament. Parliament can do nothing about the individual cases, only pick up policy suggestions.

And we also know that commissions’ reports to Parliament are largely ignored anyway. So the courts’ suggested remedy against obstinate public bodies is largely useless

The situation is more unfortunate because the Supreme Court is the ultimate court and its decisions are binding on all other courts and persons.

Previously, the Chapter 15 commissions have received attacks from either the Executive or Parliament. This judgment is the first direct assault on independent commissions from the Judiciary.

The way out of this is for the CAJ to file an advisory opinion to the Supreme Court for interpretation of Article 59.

To enable this they would have to focus on whether recommendations they made to county governments would be binding. This is because a Supreme Court Advisory Opinion must focus on devolution.

Perhaps some rethinking needs to go on about the place of the CAJ in our system. When speaking of “recommendations” did the drafters of the Act have in mind only proposals for changes in practice by administrative bodies? Does it apply appropriately to rulings in individual cases?

Then, this was a case brought by an employee. It could have gone to the Employment and Labour Relations Court, as the Supreme Court said.

Would he have got the same decision from the ELRC? Is the CAJ supposed to be a cheap alternative to the regular courts (and perhaps one even giving different decisions)? This sort of forum shopping is not desirable.

In some countries, ombudsman institutions have got swamped by public servants’ complaints, perhaps squeezing out ordinary citizens. We need to be sure that the various roles of justice bodies are clear.

The original concept of ombudsmen (spokesperson of the people in the original Swedish) was to provider a quick remedy for things that could not go to court – or were too small to go to court.

But if people whose cases ought legitimately be in court are going to the Ombudsman (especially if they are getting different results) clearly injustice, perhaps unfair discrimination is taking place.

The author is litigation counsel at Katiba Institute