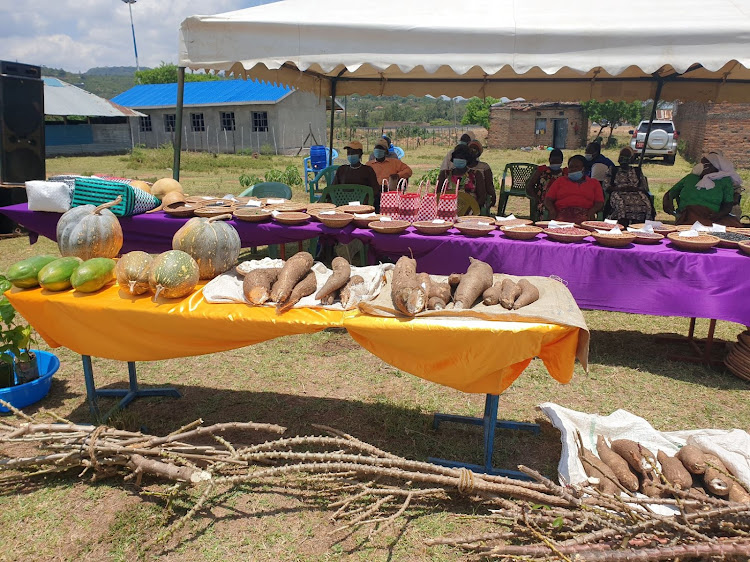 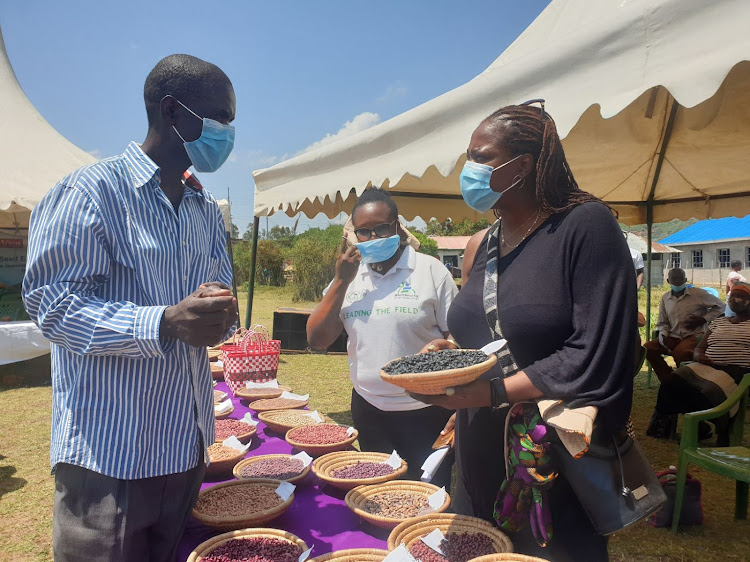 Researchers are advocating the use of seed banks to promote diversity and food security.

International research organisations, seed breeders and farmers in four East African countries have been carrying out intensive research on hardy indigenous and high-value crops such as beans, finger millet and sorghum in the wake of climate change.

Led by the Alliance of Bioversity International and International Centre for Tropical Agriculture (The Alliance), the researchers have spearheaded the establishment and support of multifunctional community seed banks.

The seed banks at the grassroots will enhance seed access for farmers to promote crop diversity for food and nutrition security.

Research by the alliance in collaboration with several implementing and policy actors have found that farmers in Africa face unprecedented challenges caused by climate change and related crop management problems.

The research indicates that new biotic and abiotic stresses that pose an ever-growing threat to the food and nutrition security of poor farmers globally are the cause of the problem for agricultural production.

The research findings also indicate that only a few food crops such as maize benefit from substantial investment from private and public sectors.

“The current seed systems are not providing farmers with effective and timely access to an adequate supply of resilient seeds of good quality seeds or other reproductive materials for important food security crops, fruits and vegetables,” reads the report.

The research and development for biologically rich and climate-resilient seed system were aimed at mobilising knowledge among communities on the need to save and exchange seeds.

The research indicated that a resilient seed system contributes to greater availability of diverse foods throughout the year, production of more nutritious health crops, income generation and a sustainable resource base.

The report was among presentations made at a workshop held last month in Kisumu county. The workshop brought together stakeholders from Kenya, Uganda, Tanzania and Ethiopia who recommended a raft of solutions, including the establishment and support of community seed enterprises and policy support for farmers’ seed systems.

The workshop was preceded by a farmers meeting and two seed fairs held in upper and lower Nyando. They brought together more than 150 farmers from different counties in the Western and Nyanza regions.

Participants at the workshop, including seed policy experts from the four countries, attended a farmers seed fair at the Nyando Community Seed Bank where farmers showcased seeds of indigenous high-value crops.

Nyando Seed Banks chairman Eddy Ouko narrated how the facility, which was set up with the help of the Alliance of Bioversity International and CIAT, had benefitted locals since its launch in September 2019.

Since 2016, the alliance has been promoting an Open Source Seed System for beans, sorghum and finger millet for climate change adaptation funded by Food and Agriculture Organisation.

Ouko said residents, in partnership with the alliance, had selected 10 high-yielding and resilient varieties of sorghum and finger millet suitable for the semi-arid climate of Nyakach in Kisumu county and upper Nyando.

He said farmers in the region could access different seeds from the seed bank—including some that were not within the project spectrum such as traditional leafy vegetables, pumpkins, cassava, passion fruits and pawpaw.

“Seeds that risked being extinct are stored in the seed bank for future use, they are also available for farmers in Jimmo and Agorlo sub-locations,” Ouko said.

He said the seed banks, which have also been established in Kakamega and Vihiga, were the only hope to retain the endangered food species and growing neglected high-value crops such as millet and sorghum.

The representative from Kakamega Seed Bank said traditional food crops that were used by the ancestors did not have many diseases and were resisting pests. He claimed that the foods were also superior in nutrient contents to the exotic food crops, fruits and vegetables.

Speaking during the workshop, Africa Hub of the Alliance MD Suzanne Ngo-Eyok noted that farmers do not buy certain seeds from stockists because they are either too expensive or unavailable at agro-vets.

She said the community seed banks and farmer education would ensure they produced high-quality seeds to increase productivity while maintaining the genes.

“The alliance had been working with communities to conserve and develop indigenous crops. Seed is life and millions of livelihoods are supported by agriculture and that is why there need to be concerted efforts to ensure seed sovereignty,” Ngo-Eyok said.

The four-day meeting resolved to identify and test promising varieties for climate change adaptation in national and international gene pools.

It also suggested a joint scientist-farmer characterisation, documentation and conservation of crop diversity based on key functional traits.

Gloria Otieno, the genetics resources and food security policy specialist at the alliance, said there was a need for alternative seed variety registration and certification mechanisms to strengthen farmers’ seed systems.

She also said the seed hubs would facilitate the establishment of new links among interested seed system actors at the national, sub-regional and regional levels that will be working on conservation and sustainable uses of plant genetic resources.

Otieno, also an associate scientist at the alliance, said the hub would also support research through training in tools and methods of navigating applicable seed laws and policies.