State will send other consignments to Western Kenya, which is hard hit by the shortage

• The current consignment is funded by the government and the Global Fund, Kemsa said.

• The USAID ARV tax row has since been resolved and the tax waived. However, USAID was asked to surrender the consignment to Kemsa. 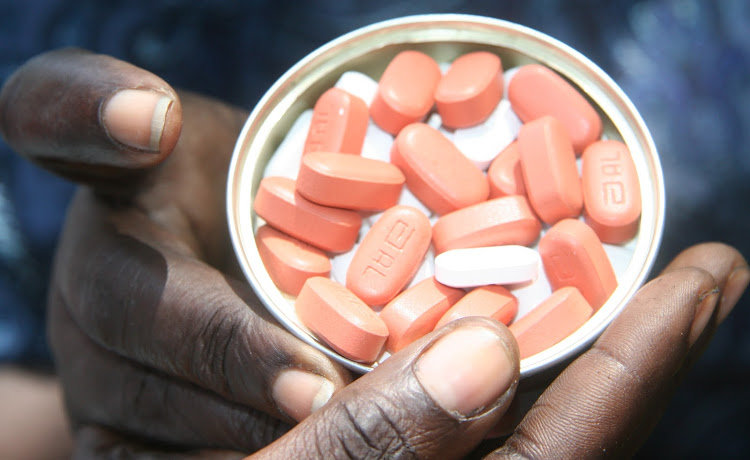 BACK: Three-month consignment for central Kenya has been released.
Image: FILE

The Ministry of Health has sent the first batch of anti-retroviral drugs for more than 100,000 people to six counties in Central Kenya.

The drugs were sent on Friday to Kiambu, Embu, Nairobi, Kajiado, Kirinyaga and Nyeri.

The next delivery will be made tomorrow (Tuesday) to the same counties, the Kenya Medical Supplies Authority (Kemsa) has confirmed.

The entire consignment will last three months within which the government will also send other consignments to Western Kenya, which is hard hit by the ARVs shortage.

The current consignment is funded by the government and the Global Fund, Kemsa said.

It was ordered by Health PS Susan Mochache last month.

“As a mitigation measure, the Ministry of Health requested Kemsa to expedite deliveries of 1,320,000 packs of 90-day drugs of the first line ARV procured by Global Fund and counterpart funding 93,000 90-day packs,” Mochache said.

Kenya Treatment Access Movement, which has campaigned for access to ARVs since the shortage grew in January, praised the ministry.

“Kenya is now a middle-income country, same as South Africa, which finances 80 per cent of its HIV needs, yet it has the highest burden in the world,” he added.

In Kenya, 85 per cent of ARVs are donated by the Global Fund and the President's Emergency Plan For Aids Relief (Pepfar) through USAID.

The current delivery is expected to end a shortage that began in January when Pepfar-USAID delivered to Kenya ARVs and diagnostics worth Sh1.1 billion through a private US company known as Chemonics International and refused to pay a Sh90 million tax bill as required by law.

The row has since been resolved and the tax waived. However, USAID was asked to surrender the consignment to Kemsa.

“Consequently, USAID is expected to hand over the same for distribution through the established systems,” Health CS Mutahi Kagwe said in a statement last week.

Most facilities had also run out of test kits for HIV, including Dried Blood Spots (DBS) bundles, used to test for the virus in babies.

Kagwe said the interruption in the supply of the antiretroviral drugs was regrettable.

“The Ministry of Health is cognizant of the regrettable interruption of the multi -month scripting and dispensation of ARVs for the management of HIV. The disruption has been occasioned by failure to receive a consignment of ARV donations that was expected to arrive by the end of October 2020,” read the statement.

Kagwe said the Ministry had received drugs from other sources and was currently restocking facilities around the country to ensure continuity of supply to patients.

Learning the basics about HIV can keep you healthy and prevent HIV transmission. This video provides basic information about HIV. This video can also be viewed at https://www.cdc.gov/wcms/video/low-res/hiv/2021/21202120HIV-Basics.mp4