Murgor told Mwilu he was in no way disrespecting her as Acting CJ but stating a fact.

• Murgor said there was a vacuum in the office of the Chief Justice since the departure of David Maraga in January.

• This led Mwilu to ask him if he meant the current acting CJ was not doing her job well. 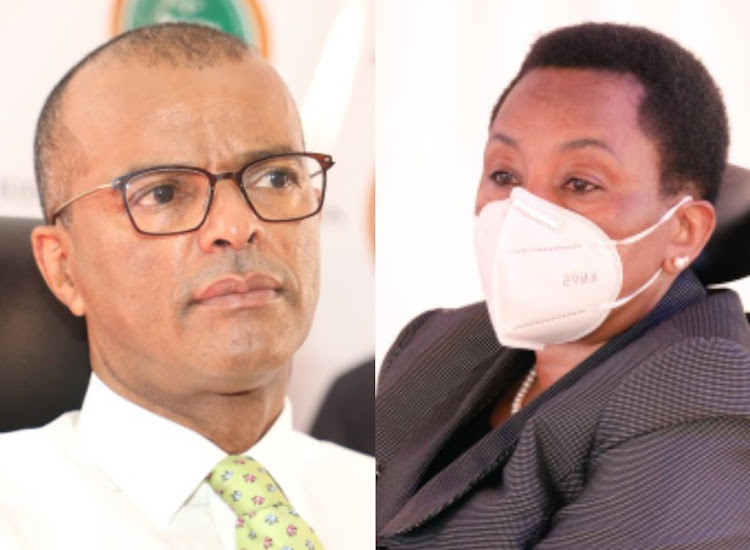 During his CJ interview before the Judicial Service Commission panel, Murgor said there was a vacuum in the office of the Chief Justice since the departure of David Maraga in January.

He was responding to a question by acting CJ Mwilu on the challenges of presiding Judges in the Judiciary.

This led Mwilu to ask him if he meant the current acting CJ was not doing her job well.

Murgor insisted that Mwilu is an Acting Chief Justice meaning the office is vacant as there is no substantive office holder.

However, Murgor told Mwilu that he was in no way disrespecting her as Acting CJ but only stating a fact.

The lawyer said that Mwilu is an Acting CJ and not the Chief Justice.

Murgor found himself in a tight spot to explain his role as a prosecutor in the George Anyona case of 1990.

Anyona was arrested charged and later prosecuted for sedation. He had accused the government then under the late Daniel Moi of torturing them.

Justice David Majanja asked if Murgor regrets the events of that case where Anyona and his co-accused were arrested and charged with sedation.

Majanja wanted to know why Murgor prosecuted in that manner in a way when he had been arrested in 1982 on the same related issue of a coup attempt.

Murgor responded that he was a professional and was only doing his job as a prosecutor.

"I was simply the lawyer advancing the opposite side of the case I prosecuted. The fact that I had a lawyer or an advocate would be totally incapacitated in how you handle the case," he said.

Murgor said Judge Majanja has the luxury of seeing things from a defense perspective but to him, he has gone through all these experiences by doing his duty as a lawyer.

Murgor told Judge Majanja that the question he was asking was misplaced.

“A man is his history and we will judge you accordingly,” Judge Majanja concluded.

During the CJ interview, Murgor declined to give his views on the issue of what he will do if Parliament impeaches the president.

Judge Warsame had asked for his opinion on whether the president has a right to move to the Supreme Court if he is removed from office.

Murgor said he will not give his opinions in that matter because that is something that may happen in future and if he is chosen as a CJ then he will be pre-empting what he will do when he will be a judge.