Unsightly waste dumped from at main junction leading to the marine park consists of plastics, bottles and chemicals. 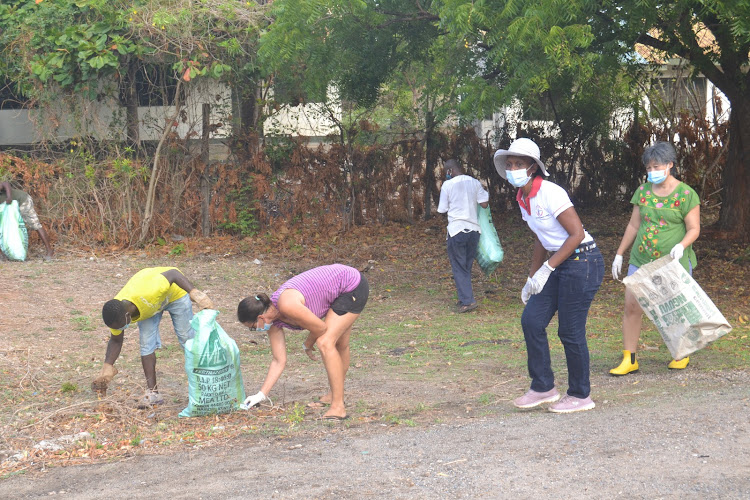 Malindi is at risk of losing its reputation as a renowned beach paradise following massive dumping of waste along the marine park road.

The road is the gateway to Malindi Marine National Park which attracts thousands of tourists each year.

The town is home to many international celebrities including Italian billionaire Flavio Briatore, a former formula one boss, Kenyan football superstar MacDonald Maria, and attracts celebrities such as Naomi Campbell.

Unsightly waste dumped at the main junction leading to the marine park consists of plastics, bottles and chemicals.

The smelly illegal dumpsite is just 50 meters directly opposite the marine park along a road leading to private villas.

Journalists came face to face with the problem during clean up exercise organised by the stakeholders in Malindi.

Freddie De Curatolo, the spokesman of the Italian community in Malindi, termed the problem as disgusting and negatively affecting tourism.

He said it was unacceptable for people to be allowed to dump waste near the entrance of Malindi Marine National Park, which is a pristine paradise and loved by many.

“We are just 50 meters from the paradise, the tourist the attraction of Malindi. This is a real shame because this bush of waste is just near to the Briatore heaven," he said.

He said the Solid Waste Management Act must be enforced to prevent such shameful and reckless dumping of waste that is a threat to the environment or else the situation will worsen.

Sabina Vivaldi, an investor, expressed concern about the manner in which people were dumping waste at the gateway to the marine park.

“We would really like to ask for reinforcement of the waste management laws to ensure people are not allowed to dump waste anywhere,’’ she said.

Vivaldi said people must be responsible for their garbage so as to make the area clean and green.