37 to testify against Obado in Sharon murder trial 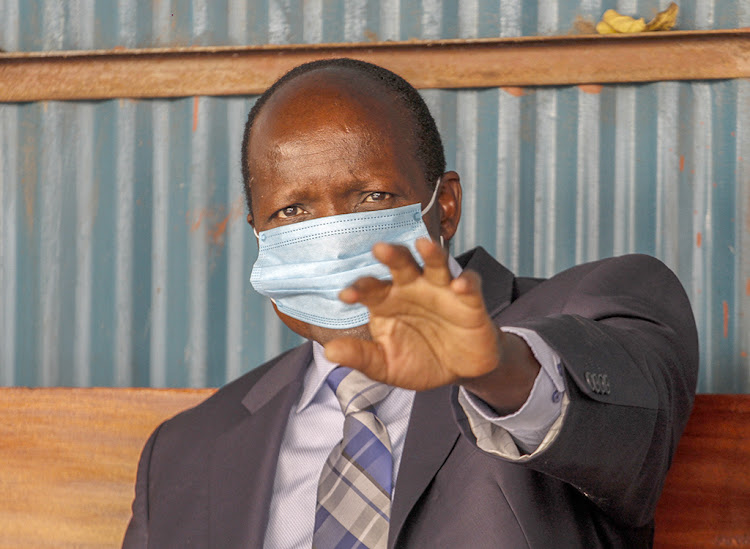 The prosecution has lined up 37 witnesses to testify against Migori Governor Okoth Obado and his two co-accused in the murder of former university student Sharon Otieno.

According to an update by the office of the Director of Public Prosecutions on various murder cases, the Sharon murder trial will be held for ten days consecutively from July 5 to 15.

Obado, alongside Juma Oyamo and Casper Obiero, is accused of brutally murdering Sharon, 26.

The three are out on bond after pleading not guilty to the murder charge.

The trial was supposed to begin on March 16 and 14, 2020 but was adjourned due to the scaling down of court operations because of the Covid-19 pandemic.

The murder of the former Rongo University student on September 3, 2018 gripped the nation after her body was discovered in a thicket near Oyugis town.

Sharon also lost her unborn baby in the gruesome murder.

National Media Group journalist Barrack Oduor who escaped murder told police that he was abducted alongside Sharon but he managed to jump out of a speeding car to save his life.

Oduor left behind Sharon alone with the abductors who later allegedly murdered her in cold blood.

Sharon had reportedly contacted Oduor over an intimate relationship she allegedly had with the governor and which led to the pregnancy that the governor was unhappy about.

A post-mortem revealed Sharon was possibly raped and stabbed eight times in the neck, abdomen and back.

Sharon Otieno trial to begin one year after Governor Obado and two others were charged.
News
2 years ago

They said they have confidence that the ongoing judicial process would yield justice.
News
2 years ago

Judge refuses to disqualify self from Sharon murder case

Ruling on judge's recusal from Obado case in July

Migori clerk and Obado's PA applied on grounds she may not give them fair ruling
News
3 years ago
by JAMES MBAKA Deputy Political Editor
News
16 April 2021 - 13:50