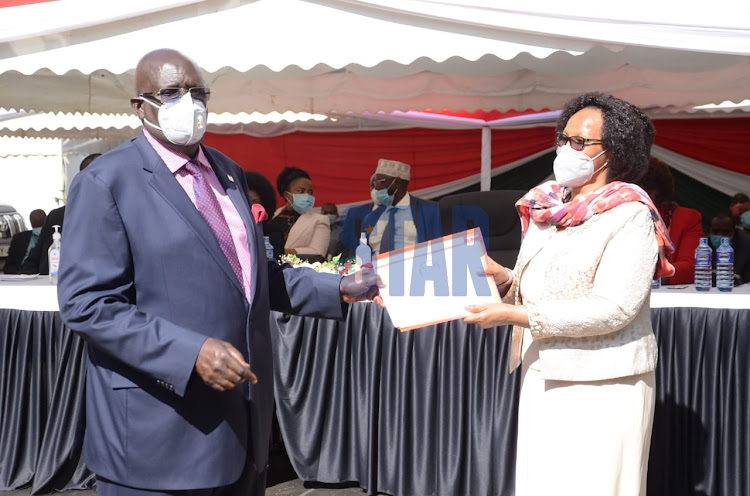 Faith Mumo emerged top with 433 marks. She is from Kari Mwailu Primary School in Makueni county.

Magoha said overall performance improved compared to 2019, although the mark of the highest candidate dropped from 440.

The mean average performance and quality of grades for all candidates was however higher.

According to the Kenya National Examinations Council, candidates can access their results by sending an SMS with their index number followed by KCPE, in capital letters, to 20076.

Meanwhile, a total of 12,543 candidates who registered for the KCPE exam did not sit the test, KNEC CEO Mercy Karogo said on Thursday during release of results.

The KCPE exams were delayed as a result of Covid-19 pandemic.

This is after a ministry meeting with President Uhuru Kenyatta, who approved the move.

Initially, it was teachers above the age of 50 who were prioritised during the first phase of vaccination.

Macharia urged all tutors to take advantage of the new directive to get the jab as schools are set to open in May.

Macharia  announced that at least 15 primary school teachers have died since the Covid-19 pandemic struck the country in March 2020.

Macharia said going forward, the commission has come up with measures to protect all teachers from the virus.

"First we instructed our medical health insurance provider to cover all teachers against Covid-related ailments which they have since complied with," Macharia said.