He told the commission that he will bring on board leadership skills he acquired while working at NSSF.

•He told the commission that he will bring on board leadership skills he acquired while working at NSSF.

•At NSSF he was part of investment committee where they sat every week and did investments. 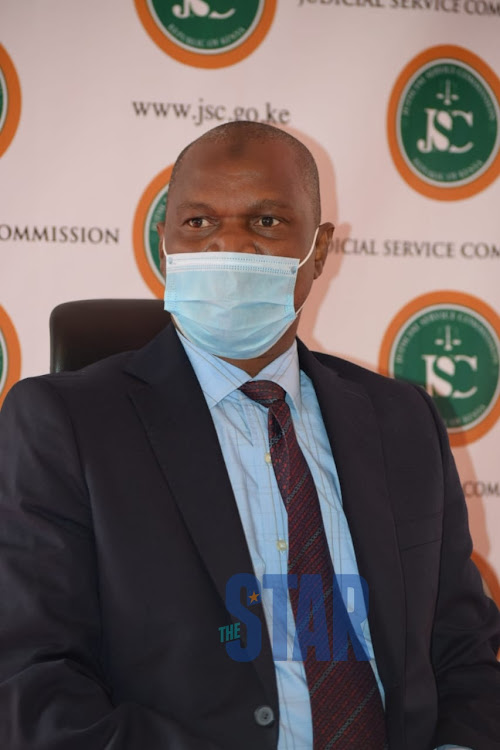 High Court judge Said Chitembwe has asked JSC to appoint him CJ because he understands what the Judiciary requires having worked there for 12 years.

He said he understands his colleagues and the institution very well which makes him suitable for the work.

“I have been in the Judiciary for 12 years now. I have seen it from the period where it was difficult to have a pen and foolscap to write on," he said when he appeared before the JSC on Monday.

"I have seen what my predecessors have done. Judiciary needs one who is energetic and resourceful. One who appreciates the competences of colleagues.”

Justice Chitembwe who is the first of the 10 candidates to be interviewed for the position said that as leader he will not impose himself on the people.

“I am not here to tell you I am charismatic leader like the likes of Napoleon who people follow what he says…. I will be a people centered leader whereby you use the energy and experiences of those you work with to transform the institution,” he said.

He told the commission that he will bring on board leadership skills he acquired while working at NSSF.

At NSSF, he was part of the investment committee where they sat every week and did investments.

As a judge he has worked with both the high and the lowly staff and had no problem.

He prides himself in being able to reduce the backlog of cases while in Kakamega court.

“I reduced the backlog of cases. I overworked myself to the extent of becoming diabetic.”

Chitembwe who says he will not bring in any new agenda for the first six months if appointed CJ will concentrate dispensing justice within reasonable time.

He also said he will pick from the strategic plan of the judiciary which was put in place by former CJ David Maraga and emphasis on core pillars such as access to justice.

Among the things he said he will do is come up with strategy to complete appeal in two years.

He will also ensure to reduce the backlog of cases in court which has clogged the court system for years.

He wondered why anti-corruption cases take long to be determined in court yet the law provides that such matters be heard on a day-to-day basis.

He proposes that when he becomes CJ he will ensure quick hearing and finalization of corruption cases.

And this will be done by ensuring there is an anti-corruption court in most areas which will in turn reduce the need to bring a suspect all the way from places like Samburu to be charged in Nairobi.