Who will be the next Chief Justice?

The race is on, interviews begin Monday. The next Supreme Court is likely to hear a presidential petition.

• Burning questions will be how independent and impartial the CJ will be, how compliant with the Executive's wishes as BBI proposes a Judiciary Ombudsman appointed by the President. 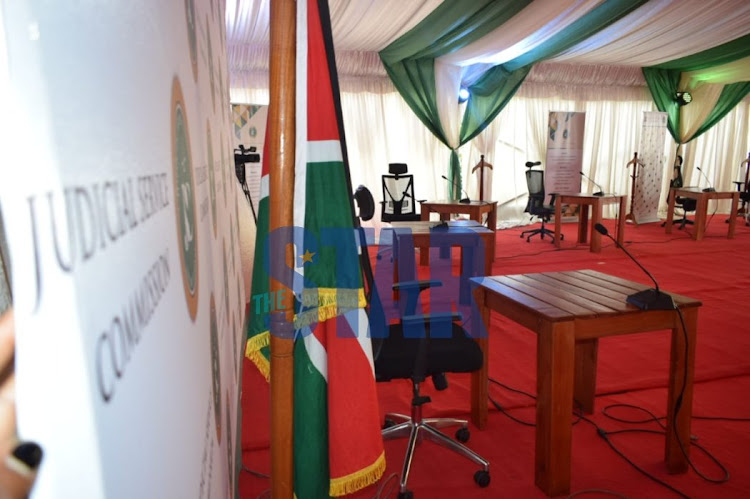 The most important jurist in Kenya is the Chief Justice who is also the president of the Supreme Court, the man or woman who sets the standards for integrity, reform and independence.

The Judiciary is an independent arm of government, independent of the Executive and the Legislature, equal in significance to the other two and mandated to check their excesses.

Interviews with 10 candidates begin on Monday to replace retired CJ David Maraga who had numerous run-ins with the Executive and Parliament.

The Chief Justice is formally appointed by the President but is selected by the Judicial Service Commission in a competitive process and interviews. The CJ must have at least 15 years as a legal practitioner.

The Judicial Service Commission selects one name for Parliament's vetting and approval. If approved the President makes the formal appointment. 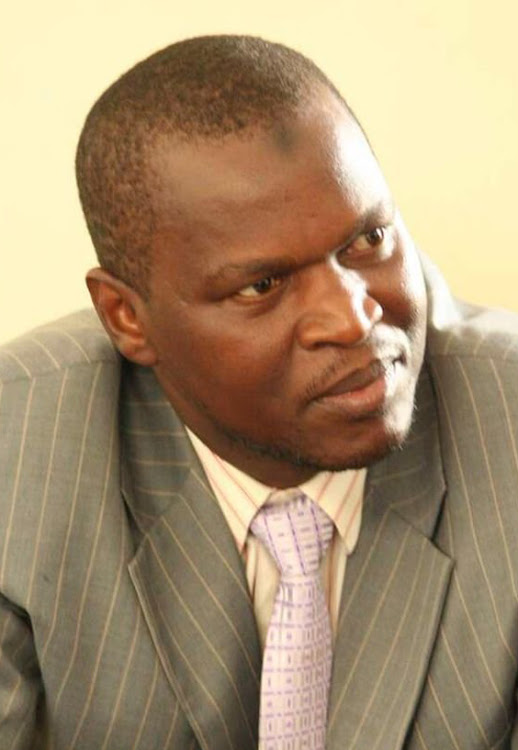 Justice Chitembwe, 54, who will be the first to face the panel on Monday, has 29 years' experience in the legal profession.

He serves in the Milimani High Court Civil Division; he was appointed a High Court judge 12 years ago.

Before he was transferred to Nairobi, Chitembwe served as a judge in Kakamega, Malindi, Marsabit and Migori counties.

He worked at the NSSF as a corporation secretary from 2003 to 2009 before he joined the Judiciary.

He is the proprietor of Said Chitembwe & Co Advocates founded in 1994 and he worked there until he joined the NSSF.

Chitembwe graduated from the University of Nairobi in 1990 with a degree in Law and joined the Kenya School of Law in 1991.

He has a Master's of Law from the University of Essex where he graduated in 1994.

He is pursuing his PhD in Peace and Conflict Studies at Masinde Muliro University of Science and Technology. 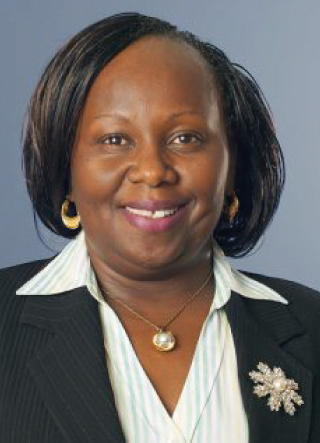 Mbote, a professor of law, was born in Murang'a county in 1963 and has 30 years’ experience in the legal profession, mostly as a university lecturer.

She is a professor at the University of Nairobi School of Law where she has been since 2011. She was a dean between 2013 and 2016.

Mbote has been a part-time lecturer, assistant lecturer, lecturer and senior lecturer at U0N from 1990 to 2005.

In 2008 she joined Strathmore University as a professor of law where she worked until 2011.

Between 2002 and 2003, she was acting executive director and director of policy research and outreach at the African Centre for Technology.

She was admitted as an advocate in 1989 after graduating from the Kenya School of Law in 1998.

She graduated from UoN in 1987 with a Bachelor of Law degree. She holds a diploma in Women's Law from the University of Zimbabwe. 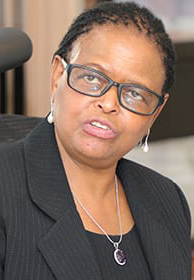 Born in 1960 in Meru county, Justice Koome has 33 years’ experience in the legal field. She was admitted to the bar in 1987.

Judge Koome joined the Judiciary in 2003 where she has served and risen from the High Court to the Court of Appeal.

As a High Court judge between 2003 and 2011, she served at the commercial and family division and later served as a resident judge in the Nakuru and Kitale High Courts.

At one point she headed the Land and Environmental Division at the Nairobi High Court.

She was appointed in 2012 to the Court of Appeal where she is still serving. Currently, she is in Nairobi; previously she served in the Nyeri and Malindi Appeal Courts.

Previously Judge Koome was a managing partner at Martha Koome and Company Advocates between 1993 and 2002, just before she joined the Judiciary.

Born in Tharaka Nithi county, 62-year-old Judge David Njagi has 35 years’ experience in law. He was a state counsel in the Office of the Attorney General for 17 years.

He joined the Teachers Service Commission in 2003 as a senior principal legal officer where he worked until 2009.

Njagi was appointed an Employment and Labour Court judge in 2012 where he has been serving to date.

He is serving in the Nyeri High Court, having previously served in Nairobi, Kericho and Eldoret.

Njagi has a Diploma in Theology from the Presbyterian Church of East Africa.

He graduated from the University of Nairobi with a Bachelor's of Law in 1984 and joined the Kenya School of Law in 1985.

He holds a Master's of Law from UoN where he graduated in 2007. 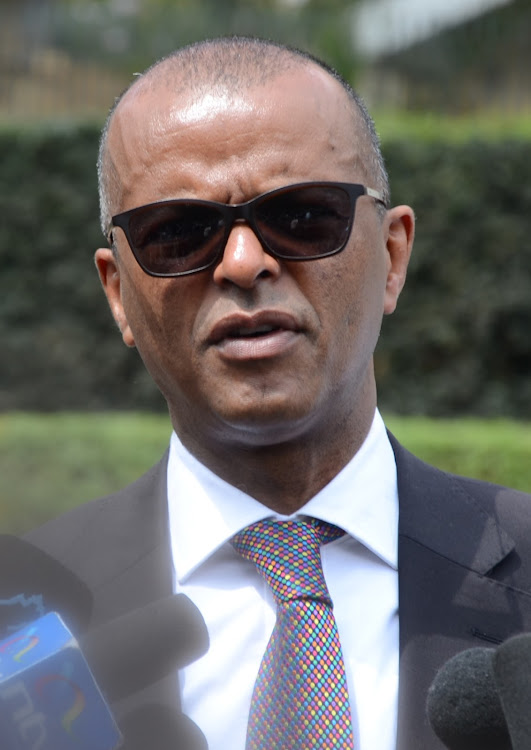 Murgor was born in 1961 in Elgeyo Marakwet county

He has 34 years’ experience in the legal profession from 1986 when he was admitted to the bar.

He holds a Bachelor's of Law degree from the University of Nairobi and a Master's of Law from the same institution.

Murgor was a State Counsel at the Attorney General’s office from 1986 to 1992 when he left to join Murgor and Murgor Advocates as a partner.

In 2003, he was appointed Director of Public Prosecutions where he served for two years before returning to private practice.

In 2018 he briefly returned to the DPP’s office after he was appointed by DPP Noordin Haji as a special prosecutor.

Murgor resigned barely two months after being appointed for what he claimed was a lack of duties in the prosecution office.

Murgor is married to Court of Appeal Judge Agnes Murgor. 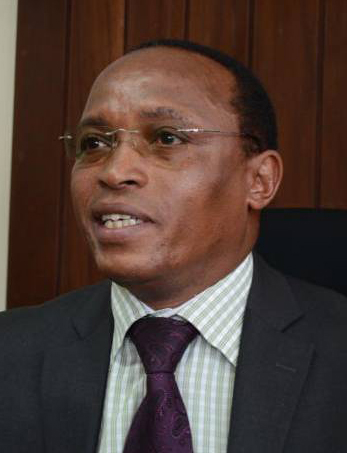 Justice Nderi, 59, holds a Bachelor's of Law degree from the University of Nairobi where he graduated in 1987. He was admitted to the bar in 1988 after graduating from the Kenya School of Law.

He began his 31-year legal career at Kioko and Co. Advocates where he was the legal assistant for a year before he left to open his own practice.

Judge Nderi was in private practice at his law firm for four years before he left for Swaziland where he was a Senior Crown Counsel at the Ministry of Justice.

He also served as a judge at the Industrial Court of Swaziland between 1998 and 2006 when he returned to Kenya.

He was the head of the Legal and Industrial Relations Division at the Federation of Kenya Employers for one year.

Judge Nderi joined the judiciary in 2012 when he was appointed an Employment and Labour Relations Court judge.

He was a principal judge of the Employment Court from 2012 to 2017 and served in Kisumu and Nairobi. 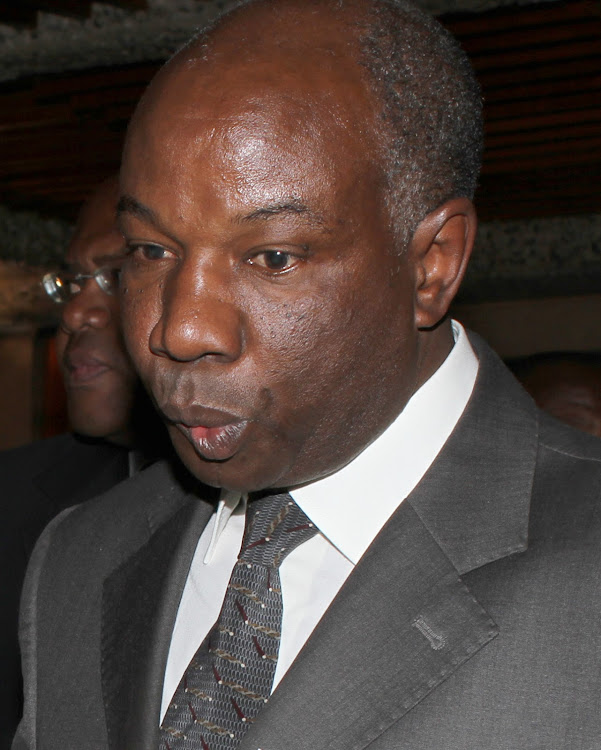 He represented President Uhuru Kenyatta in the disputed presidential election at the Supreme Court. The election was declared null and void and filled with irregularities. A rerun was held.

The 65-year-old lawyer has more years of legal experience than other candidates. Only 15 years is required.

After being admitted to the bar in 1980, Ngatia worked as a state counsel, rising to become senior state counsel at the former State Law Office for seven years.

He left in 1987 and was a partner at Kagia and Ngatia Advocates from 1987 to 1996 when he founded his own legal practice. He works there today.

Ngatia holds a Master's in Laws from the University of London where he graduated in 1984.

He earned a Masters of Applied Philosophy and Ethics from Strathmore University in 2019. 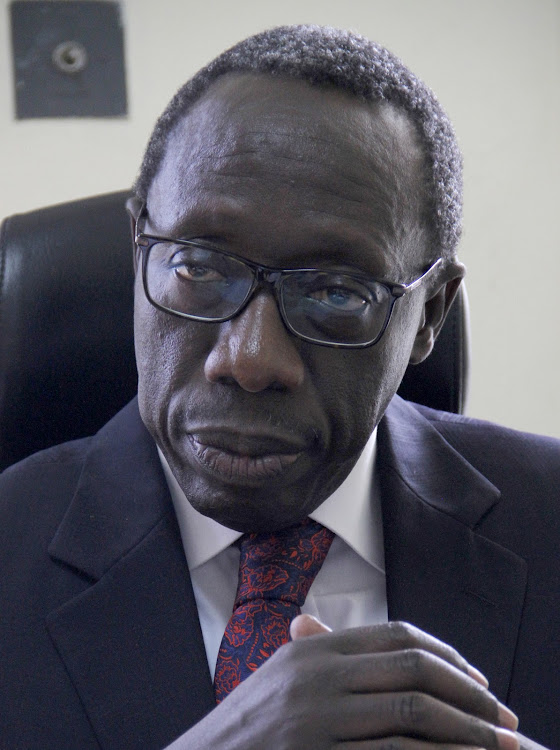 Born in 1961 in Siaya county, Ouko has been president of the Court of Appeal since 2018 when he was elected by fellow judges to head the court.

He was admitted as an advocate in 1987 and that year he joined Mbogholi Msagha and Company Advocates.

He later joined the Judiciary as a district magistrate and has since risen through the ranks to the Court of Appeal.

Justice Ouko graduated with a Bachelor's of Law degree from the University of Nairobi in 1986 and was admitted to the bar in 1987 after passing his Kenya School of Law exams.

He holds a Master's of Arts in Criminology and Criminal Justice from Egerton University.

As a judge, he has served in the Malindi, Meru and Nakuru High Courts for eight years and was then appointed to the Court of Appeal. 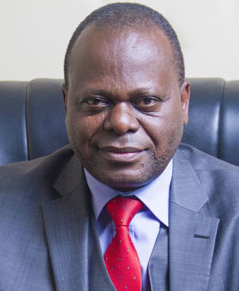 Wekesa has 16 years’ experience in legal practice but before that he was a teacher.

Born in 1959, Wekesa graduated from UoN in 1981 with a Bachelor's degree in Education. That year he became a graduate teacher under the TSC.

A year later, he joined Kenyatta University as a graduate assistant and rose to senior lecturer in the 13 years he was at the institution.

Wekesa has also worked at the Africa Special Olympics as a regional manager between 1988 and 2001.

He was admitted to the bar in 2004 and he later joined Asiema and Company Advocates as an associate.

Wekesa was also an executive secretary at the Kenya Football Federation where he served from 2005 to 2006.

He has been a lecturer at the Catholic University of East Africa from 2010 to 2012 and was also the founding dean and associate professor at the School of Law at Mount Kenya University.

Wekesa is currently an associate professor at Daystar University. He also has a law firm, Moni Wekesa and Co Advocates, founded in 2007.

Wekesa holds two PhDs, one in sports medicine and rehabilitation from Deutsche Sporthochschule, Germany. The second is a PhD in Law from UoN, received in 2010

She graduated from the University of Nairobi in 1993 with a Bachelor's of Law degree and later joined the Kenya School of Law.

Yano was a legal adviser at the Kenya Industrial Estate Limited in 1992.

She served as a commissioner at the Constitution of Kenya Review Commission for six years.

She is a senior partner at her law firm, Yano and Company Advocates, which she founded in 1995.

In 2013 she was county attorney for Elgeyo Marakwet for a year.

Yano is pursuing her Master's in business administration.