But House committee dismisses the bribery claims and demands investigation. 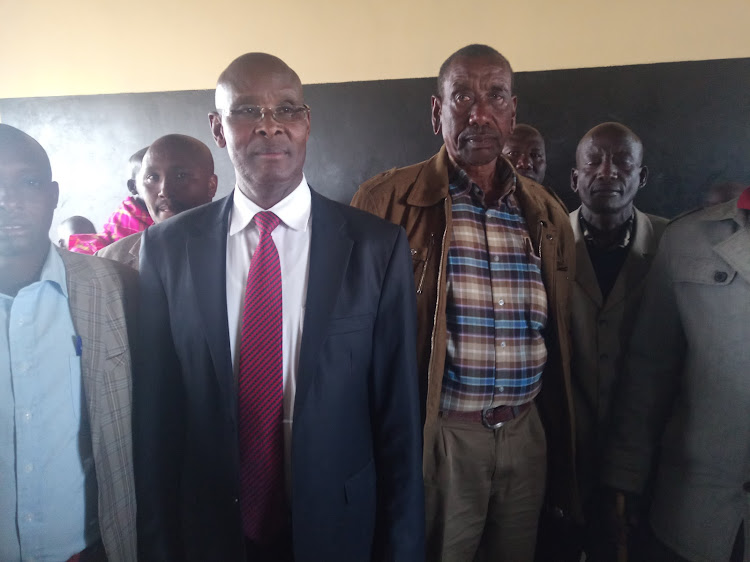 Fresh allegations of MPs receiving bribes to doctor a report of their investigation have emerged, putting the integrity of Parliament on the spot.

A firm being investigated for polluting the environment has accused a parliamentary committee of receiving house units from his accuser so as to rule against him.

London Distillers (K) Limited has written a protest note to National Assembly Speaker Justin Muturi over conduct of the Committee on Implementation, which it accuses of outright bias.

But the committee has dismissed the bribery claims and demanded that the Powers and Privileges Committee chaired by Muturi investigates the matter.

The committee chaired by Narok North MP Moitalel ole Kenta was probing the implementation status of a 2018 Environment Committee report that  found the distiller guilty of air pollution. It recommended that the distiller puts in place a number of mitigating measures within six months or face closure.

Erdemann, which owns over 10,000 households in the neighbourhood, had petitioned Parliament complaining of  toxic substances being emitted by the distiller.

LDK chairman Mohan Galot asked Muturi in the March 22 letter to reconstitute the Committee on Implementation, claiming the current team has been compromised.

“It is our humble request to you to reconstitute a new committee to deal with this matter to protect and uphold the integrity of the institution of Parliament and the conduct of justice," the letter says.

Galot also wanted inquiry into the members’ conduct to protect the integrity of the House.

“We would therefore request with all humility, to safeguard the integrity of the Parliament, that you order to ascertain whether the confidential information we have received that several members of the committee have acquired houses either freely or oversubsidised rate through proxies being family members, relatives or companies in which they have interest, could have led to the clear conflict of interest displayed,” he says.

LDK claim the line of questioning by the committee showed a committee that had not only a predetermined outcome but also a vendetta against the distiller.

“We, therefore, have every reason to believe that there was a vendetta towards our company, London Distillers (K) Limited, in the manner in which the proceedings were conducted and equally coupled with the fact that the committee did not avail us an opportunity to present any data or report,” LDK said in the strongly worded letter to Muturi.

“We believe that parliamentary committee had an illegitimate bias and predetermined position against London Distillers (K) Limited.”

The Kenta-led committee told journalists on Thursday that they had written to the Powers Committee to take over and probe the claims by London Distillers (K) Limited.

The Narok North MP stated that the committee demands that LDK be compelled to provide names and details of the members who allegedly received the houses.

Kenta accused LDK of resorting to blackmail and intimidation after failing to penetrate the committee. He said they will not be intimidated by the distiller and will proceed to table their report.

The committee will also write to Erdemann to provide a list of the ownership of its houses in the city.

"Having realised he (LDK) will be smoked out, it is now trying to blackmail members," Kenta said.

"This factory was supposed to be closed six months after the Environment committee submitted their report in 2018 because of pollution. There are cartels that did not get their way and are now trying to malign Parliament."

Kenta was accompanied by a host of committee members, including vice chairperson Godfrey Osotsi.

It is not the first time matters touching on the integrity of the MPs are being raised.

In the last Parliament, the Public Accounts Committee chaired by then Budalang’i MP Ababu Namwamba became the first in Kenya’s legislative history to be disbanded over corruption allegations.

The oversight committee was disbanded after the Powers and Privileges committee chaired by Speaker Muturi found that members used their positions to enrich themselves through extortion and blackmail.