Why schools could have fuelled Covid third wave

• Education CS, a surgeon and professor, rejected the report citing schools and learners.

• Educationists point to laxity in proper wearing of masks, washing of hands, and the inevitable classroom congestion as likely catalysts to the third wave. 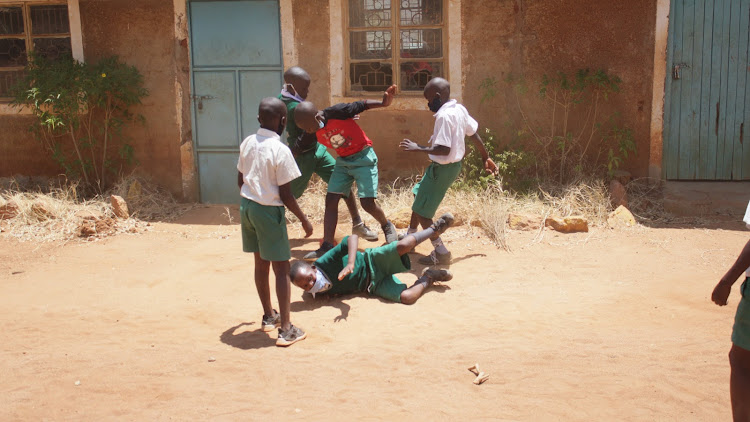 Reopening schools for face-to-face learning in January could have catalysed the spike in Covid-19 infections, leading to the third wave, some experts argue.

The science of how much children spread the virus is not settled, but it is known that they can transmit the disease, though their own cases are mild or asymptomatic.

Interviews with medical and education experts now suggest a need to change strategy and tactics in face-to-face learning as schools prepare to reopen after the April holiday.

Educationists are blaming the laxity in enforcing Covid-19 prevention protocols in schools.

Medics argue such laxity could have spurred community spread with schools acting as the hosts.

While most children are not seriously infected by Covid-19, they are  known to spread the disease.

The third wave has seen a spike in the number of infections that tripled since their low one month ago. They climbed from a low of 200 cases a day on February 20 to 2,998 per day on March 20.

“If you took a tour in schools during a regular day, you would find every learner with their masks lowered. They have continued interacting as normal and that causes danger," he told the Star on Wednesday.

The spike in the Covid infections came as no surprise to the Kenya Medical Research Institute that had projected numbers would spike in March.

The Kemri team argued that this would largely be fuelled by reopening schools for face-to-face learning.

Education CS George Magoha, who also worked as a consultant surgeon, strongly criticised the report as misguided. Although demanding rigorous adherence to protocols, he also suggested at one point that schools would rely on God.

Earlier studies by the WHO and the Centres for Disease Control in America suggested children are widely considered at relatively low risk of developing severe Covid-19.

Evidence suggests that children, though definitely not immune, are less vulnerable than adults in some ways.

The ugly side of this, explains Dr Stephanie Hauck, an epidemiologist and member of the Covid-19 national taskforce, argues is the potential of  children passing the coronavirus to adults, who tend to have much more severe symptoms.

Also at risk are parents, teachers, janitors, bus drivers and others who spend significant amounts of time with students in enclosed spaces.

With 70 per cent of children in primary and secondary schools attending day school, students physically attending school could carry at least some infections back home to family members, she explains.

“The chain eventually reaches the grandparents who we end up visiting in the rural areas during holidays and festive seasons or a simple family gathering,” Houck told the Star.

She said the science on how much children transmit the coronavirus is not settled.

While in the first wave, fewer children and young people fell prey to the infections, the latest data now shows that is changing not only internationally but in Kenya as well.

No figures have been issued by government to show the extent of the virus in schools. But an upward trajectory in the daily confirmed cases is being witnessed among the young age group as per the daily reported cases by the Health ministry.

For example, at the height of the first wave,  the Health ministry reported only 10 positive cases among those up to the age of 20 years.

The latest age-categorised data among positive cases was given on April 2, and shows the same age group posted 61 cases, signifying a 40 per cent increment.

The latest findings of the American Academy of Pediatrics indicates  cumulative cases of Covid-19 among children in America doubled between January and March this year.

However, in Kenya the true picture of the Covid-19 situation among  schoolchildren is not clear due to limited targeted testing.

Schools are expected to reopen in May for third term and the puzzle remains on the correlation between the reopening and spread of the virus.

In Israel, similar speculations were made in regards to the spike of the second wave that occurred soon after the reopening of schools in June last year.