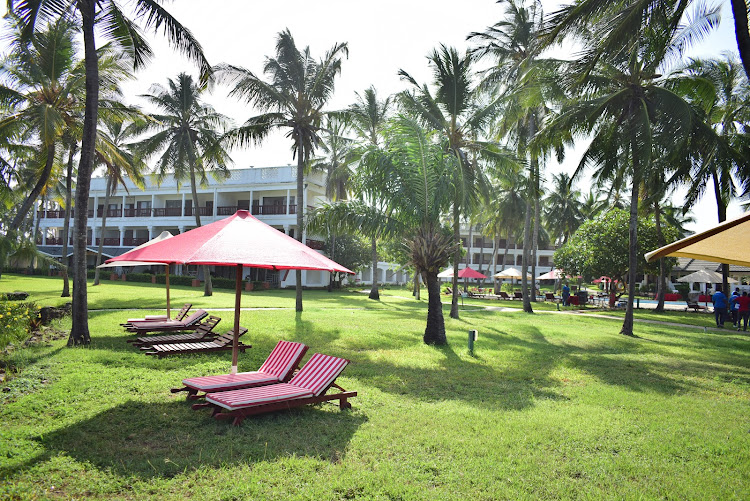 Hotel owners at the Coast are reeling under losses after massive cancellation of bookings following President Uhuru Kenyatta’s directive to halt movement in five counties on March 26.

Uhuru locked down Nairobi, Kiambu, Kajiado, Machakos and Nakuru counties after Covid-19 outbreak in these regions reached its worst ever stage.

However, the Coast region, which mainly depends on logistics and tourism sectors, was the hardest hit by these new measures.

Even though the Coast was not locked down, the tourism industry, which was struggling to get onto its feet, suffered a major setback again.

The Coast largely depends on the domestic tourists from upcountry who flock to the region during weekends.

They mainly use the Standard Gauge Railway passenger trains or the low budget local airlines. However, SGR and local flights have halted trips following the President’s directive.

Hotel owners in the region were optimistic that this year would be better than last year.

Last year in March, all hotels were forced to close until July 15 following the Covid-19 outbreak in the country.

However, after business reopened, things did not pick immediately until around December.

PrideInn Group, which has five hotel establishments in Mombasa; PrideInn Paradise, Flamingo Hotel, PrideInn Nyali, PrideInn Mombasa Town and PrideInn Diani, is among the facilities affected by the new directives.

Managing director Hasnain Noorani told the Star that they had received over 94 per cent bookings in all their facilities for Easter Holiday.

“In January, February and March, we had an average of 70 per cent occupancy at PrideInn Paradise and Flamingo,” said Noorani.

He said they are counting losses running into millions of shillings after cancellation of the bookings immediately after Uhuru’s announcement on March 26.

“We also had over 94 per cent booking for the Easter weekend. However, immediately after the President issued the new directive, we received massive cancellations. On Easter weekend, we had less than 15 percent occupancy,” said the PrideInn Group boss.

PrideInn Paradise and Flamingo have a total of 500 employees.

According to Noorani, the President should allow international and local tourists who have the negative Covid-19 PCR certificate to fly to the Coast.

He said the Tourist Passenger Vehicles (TSVs) should also be allowed to operate in and out of the disease-infected zone.

He said the airlines should also be allowed to carry passengers who have Covid-19 certificates and the hotel booking vouchers.

“Most hotel facilities have adhered to Ministry of Health regulations on combating Covid-19. We should be allowed to operate because we have invested a lot of money into buying all these new equipment, regular testing of staff and others expenses,” he said.

At Sarova Whitesands, the general manager Francis Msengeti said they had good business before the President’s announcement.

“Since January, we were operating at over 65 per cent occupancy. Easter bookings were overwhelming, but the President’s directive had a negative impact,” he said.

He added, “This was a very quiet Easter. We had about 30 per cent occupancy.”

A luxurious  Peponi Hotel in the upmarket Shela Town on Tuesday announced closure until June 27.

Last week, Carol Korschen, the proprietor of Peponi, said they will close down following massive cancellations of bookings.

All the 125 employees at the facility have been sent on compulsory leave.

Majlis Resort, another expensive 40-room facility in Manda Island, laid off 35 per cent of its staff due to the cancellations.